Rory McIlroy and Meghan Markle | Here's what really happened between them

Here's what really happened with Meghan Markle and Rory Mcllroy 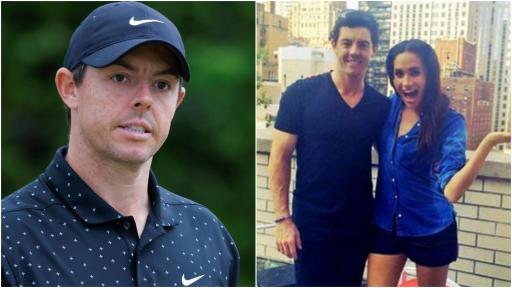 Rory McIlroy might now be happily married to his Ryder Cup saviour Erica Stoll with a daughter named Poppy, but the former World No.1 is rumoured to have once dated Prince Harry's wife Meghan Markle, the Duchess of Sussex.

When McIlroy broke off his engagement to former World No.1 tennis ace Caroline Wozniacki in 2014, just days before going on to win the BMW PGA Championship at Wentworth, the Northern Irishman is said to have gone on a couple of dates with Markle, according to sportscasting.com.

There is also evidence on Instagram of McIlroy and Markle's close bond, at least during those famous ALS Ice Bucket Challenge days that many of us got behind on social media.

Awesome to help @meghanmarkle take on the #ALSIceBucketChallenge today!! Such a good sport! pic.twitter.com/29DhHys4sQ

At the time, Markle then took to social media to caption her video with: "#ALSicebucketchallenge accepted! I nominate @serenawilliams (you better do it!) — Special thanks to @McIlroyrory" with a flirty smiley face at the end.

McIlroy and Markle were then said to have been spotted enjoying dinner together in Dublin in 2014.

Neither McIlroy or Markle ever confirmed they dated, however, Emily Herbert's novel, Harry and Meghan – The Love Story, counts the Northern Irish golfer as one of Markle's pre-royal relationships.

Several other sources claim they were very close, especially when both single in 2014.

The Suits actress then went on to date Canadian-Italian chef Cory Vitiello, and later, her now husband Prince Harry.

Markle was formerly married to American film producer Trever Engelson from 2011 until their divorce in 2013.

In 2020, Markle and Prince Harry stepped back as senior members of the Royal Family and later settled in Markle's native California.

They now have two children Archie and Lilibet Diana Mountbatten-Windsor.

McIlroy is now happily married to Erica Stoll and they have a daughter named Poppy.

Stoll is originally from New York, but she moved with her family to Palm Beach, Florida in her teenage years. She is a former employee of the PGA of America as the Manager of the Championship Volunteer Operations in 2011.

The couple lead a low-profile and private life together, but it is said that they used to know each other as early as 2012, the same year as the Ryder Cup at Medinah.

When McIlroy was famously late for his tee-time before his Sunday singles' match with Keegan Bradley, Stoll was one of the people to help save his blushes and made him aware that he had to get to the golf course.

The police escort then arrived and safely delivered the Northern Irishman to the course, where he beat Bradley and contributed to Europe's historic comeback win in Illinois.

The pair got to know each other from the golf circuit and spent time together in 2014 before becoming engaged in Paris in 2015. They were then married in County Mayo, Ireland in 2017.

McIlroy and Stoll's daughter Poppy was born in September 2020.

NEXT PAGE: ANTHONY KIM TO MAKE A SHOCK RETURN TO THE SAUDI GOLF LEAGUE?!