McIlroy finishes fast with three rounds of 66 but says he does not want to see his golf clubs until the start of the PGA Tour FedEx Cup Playoffs. 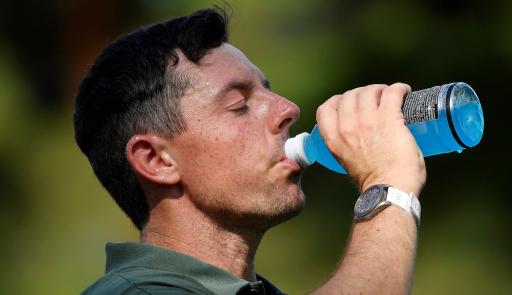 Rory McIlroy may have been on Route 66 for three straight days to close out the WGC-FedEx St Jude Invitational in a tie for 12th but he admitted to jet lag from the Olympic Games costing him a proper shot at the title at TPC Southwind.

McIlroy headed over to Memphis from Tokyo, Japan after having narrowly missed out on a bronze medal in the Olympic Golf Tournament.

"I feel like it’s a week of what could’ve been," said McIlroy, who opened with a 72 only to close with three consecutive rounds of 66 to finish the week six shots off the pace on 10-under par.

"I saw a stat that 12 of the 13 guys who played the Olympics last week lost their three ball matches on the first day. So jet lag was a pretty apparent thing. But once I shook that off, I played well the rest of the week."

McIlroy also blamed having the wrong sole in his lob wedge on day one, something that he says contributed to him duffing several chip shots on the Bermuda grass on Thursday.

That resulted in McIlroy calling TaylorMade overnight to send him a new lob wedge with a different sole ahead of the second round.

Despite that equipment malfunction, McIlroy was delighted with how he fought back with three straight rounds of 4-under par.

But after having played five of the last six weeks on Tour, the Northern Irishman admits he is more than happy to see the back of his clubs for the next seven days.

"The game is there, I am feeling really good and I’m looking forward to a week off before getting back at it for the playoffs. I don’t want to see my golf clubs until I get to New York."

McIlroy will next tee it up at THE NORTHERN TRUST, which marks the first tournament of the FedEx Cup Playoffs.