Erik van Rooyen: What's in the bag of the 2021 Barracuda Championship winner?

Erik van Rooyen won his first PGA Tour title at the Barracuda Championship at the Tahoe Mountain Club in California. 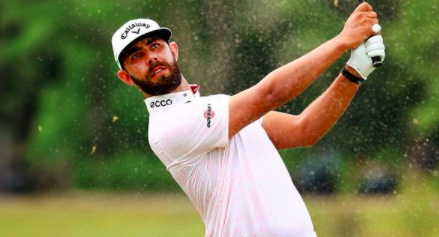 The Barracuda Championship is the only PGA Tour event that uses the Modified Stableford scoring format and it is intended to encourage aggressive play.

The South African shot 7-under-par in his final round in Truckee, which was the equivalent of plus 16 points which took his total to plus 50 points for the week.

"Obviously, this was, in my mind, kind of the next step for what I wanted to achieve. I’ve got big dreams and aspirations, and winning on the PGA TOUR was certainly part of that. I’m really, really happy," said van Rooyen.

"I just stayed so patient. I saw that Andrew Putnam got off to a really, really quick start. He was 45 points pretty early on. And there’s really nothing I could do about that. I’ve got to put one foot in front of the next. And I did that. And then the eagle on eight was just a massive boost."