Rory McIlroy pulled away from the field on the back nine at The Summit Club to secure his 20th win on the PGA Tour. 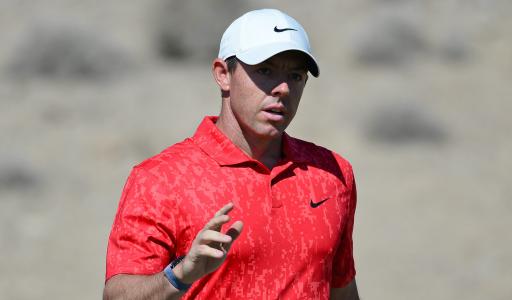 Rory McIlroy fought off the challenges of Rickie Fowler and Collin Morikawa to win the CJ Cup in Las Vegas, securing the 20th win of his PGA Tour career.

With a final-round score of 66, he finished one shot clear of Morikawa. He has become the second-youngest player from outside the US to reach 20 PGA Tour wins, coming after Englishman Harry Cooper.

Having led the field in strokes gained in putting, the Northern Irishman has also become just the seventh player since 1960 to win 20 PGA Tour events before the age of 33.

"It's quite an achievement, I still need a couple more years on tour to get that lifetime exemption, but at least I've got the wins," said McIlroy.

"I was asked that question at the start of the week (winning 20 times) and it is a big carry to get to 20 wins out here, it's a big achievement.

Rory is rolling it. @McIlroyRory opens up a 3-shot lead with an eagle from off the green at 14. pic.twitter.com/x64XLWxHgV

"I didn't know if it was going to be this week but I knew if I kept my head down and kept playing well and kept doing the right things, then eventually I would get there.

"It was huge (effect of Ryder Cup defeat), it really was. I was really disappointed with how I played, I get really emotional thinking about that than even thinking about this. There was a lot of reflection in the last couple of weeks and this is what I need to."

McIlroy began the day two shots behind Fowler on 19-under-par and he began the final round with two birdies in his first three holes. At this stage, he was just one shot behind Fowler.

RELATED: THE BEST PETER MILLAR GOLF SWEATERS AHEAD OF THE AUTUMN!

Morikawa, who began the final round seven shots behind Fowler, was absolutely scintillating on the front nine. He made seven birdies to play the first half of his final round in 29 shots.

The Open champion made another birdie on the 11th hole to reach 22-under-par to tie with his Northern Irish opponent. Fowler had dropped to 21-under-par, making his first bogey on the back nine all week on the 10th hole.

In full command. @McIlroyRory heads to the 72nd hole with a 1-shot lead. pic.twitter.com/bu3LtP9dBW

But Morikawa, a member at The Summit Club, made six consecutive pars from hole 12 to hole 17 and he was unable to make significant progress.

This was in contrast to McIlroy. After a solid birdie at the short par-4 12th hole, he made an eagle with a putt from off the green on the par-5 14th hole to open up a three-shot lead on 25-under-par.

This was the decisive moment on Sunday. Morikawa gave himself an outside chance with an eagle of his own on the 72nd hole, posting an incredible score of 62 for the day and 24-under-par for the week.

McIlroy safely parred the final four holes to secure the victory. Fowler, who is still looking for his first win since 2019, finished three shots behind in a tie for third place with Keith Mitchell.