Matthew Fitzpatrick put in a steady and flawless performance in the last round at Valderrama to pick up his seventh European Tour title. 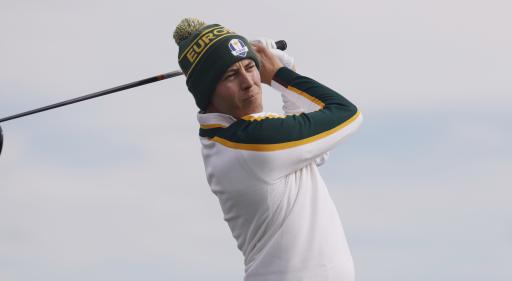 Matthew Fitzpatrick won the Estrella Damm N.A. Andalucía Masters at Valderrama by three shots after putting in a steady display in the final round.

Despite beginning the day three shots behind fellow Englishman Laurie Canter, Fitzpatrick was a picture of consistency as the rest of the competition fell victim to the treacherous former Ryder Cup venue.

The two-time Team Europe member, who was part of the side that were beaten 19-9 by America at Whistling Straits, now has seven wins to his name on the European Tour.

"It's on the bucket list to win around Valderrama with the history that it has and to do it bogey-free on Sunday is extra special, so I'm delighted," said Fitzpatrick.

"It's amazing, particularly with the way I did it. Very patient all day, I didn't try to press anything and we stuck to our targets and I managed to hole the putts at the end and I'm delighted with the win."

Canter began the day on 7-under-par and held a three-shot lead, but he made a double-bogey at the 6th hole and a bogey at the 7th hole to fall back to 5-under-par to tie the lead with Sebastian Soderberg.

The Swede made a great up-and-down at the par-5 11th hole to move one shot ahead. Canter failed to keep up with the pace, making three bogeys on the back nine to fall out of contention.

Despite bogeying the 13th hole, he made one back at the 15th hole and suddenly his lead stretched to two shots on 6-under-par.

While Soderberg jumped up the leaderboard, Fitzpatrick was patient and steady. He made par on his opening 15 holes and it was in the last three holes where the tournament changed hands.

Soderberg made a critical double-bogey at the par-5 17th hole and another bogey on the 72nd hole to post a score of 70, which proved to only be enough for second place on 3-under-par alongside Min Woo Lee.

The World No. 28 Fitzpatrick made back-to-back birdies on holes 16 and 17 to reach 6-under-par. His bogey-free 69 helped him to secure a three-shot victory.

NEXT PAGE: THE BEST PETER MILLAR GOLF SWEATERS AHEAD OF THE AUTUMN!