The Saudi International has attracted a strong field with players from the PGA and DP World Tours opting to play in the early-February event. 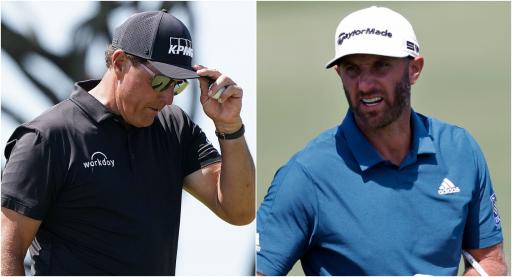 The AT&T Pebble Beach Pro-Am, one of the standout events of the PGA Tour schedule, is set to take a large hit as many players are set to play in the Saudi International instead.

Both tournaments are set to take place from February 3-6, but earlier this week the Saudi International announced a number of the world's best players have committed to the event.

Phil Mickelson is one of these names, even though he has won the AT&T Pebble Beach Pro-Am five times, most recently in 2019.

Dustin Johnson, a two-time winner of the event at the famous venue, is also a dual winner of the Saudi International. Bryson DeChambeau, Xander Schauffele and Bubba Watson will also tee it up at the Royal Greens Golf & Country Club near Jeddah.

The AT&T Pebble Beach Pro-Am is an engaging event where fans can watch both their favourite golfers and celebrities tee it up at the venue which has hosted the US Open six times.

Earlier in 2021, the Saudi International was removed as a European Tour-sanctioned event, now the DP World Tour, and they set up an alliance with the PGA Tour to rival unethical movements in golf.

The event was added to the Asian Tour which has been the subject of a 10-year investment by LIV Golf Investments, a company of which Greg Norman is the CEO and which is associated with the Private Investment Fund.

A spokesperson from the PGA Tour told Golf Channel that they had not yet issued waivers to the PGA Tour members who are part of the proposed field for the Saudi International.

The Saudi International have increased the prize fund from $3.5 million to $5 million and it will only be the fourth playing of the event since its inception in 2019.

NEXT PAGE: TRIBUTES POUR IN FOR GOLF LEGEND LEE ELDER WHO DIED AGED 87