Although LIV Golf could lead to the PGA Tour becoming a better product, Rory McIlroy believes players who have defected shouldn't be allowed back to their original tour. 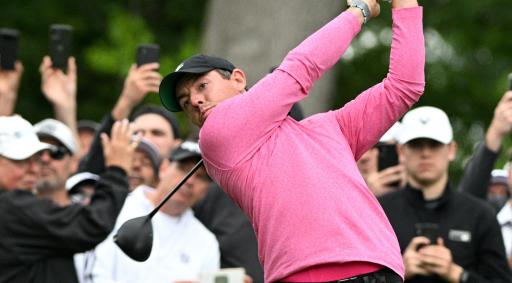 Rory McIlroy believes LIV Golf rebels who have attempted to return to PGA Tour and the DP World Tour events are a key source of resentment in the Saudi saga.

Speaking to BBC Sport NI, McIlroy alluded to players such as Ian Poulter, Justin Harding, Adrian Otaegui and Branden Grace who have appealed their suspensions from the DP World Tour and this has allowed them to compete at the Genesis Scottish Open.

"Having your cake and eating it" has been a phrase commonly used when talking of LIV Golf players and the Northern Irishman believes once the players have decided to move (or resign their PGA Tour memberships), there should be no way back.

McIlroy also expressed his hope that golf will adapt and the sport's landscape would improve as a result of Greg Norman's breakaway series, but disruption has caused things to become "messy."

"Yeah it's unfortunate, it's messy, I wish it hadn't have got that messy and in hindsight, I think there were probably steps that were missed that wouldn't have made it that messy," McIlroy said at the JP McManus Pro-Am.

"But I said this back at the very start in 2020, I think in the long term it will make the game better because I think it will force the tours to adapt and change and make the product better, and focus on maybe the fan engagement side of things and focus on maybe some stuff that they've been neglecting over the years.

"I think in the long term it will sort itself out, as everything else does, it will, and I think ultimately it will make the game, and the game of professional golf, a better place.

"It's the younger guys to me that I find hard to understand because they're losing years of their competitive careers for monetary reasons. We all make decisions for different purposes. That's fine. It's different to what I'd do.

"Just go over there, don't try and come back and play over here again. That's the tricky part and that's where the resentment is coming from. For me, I don't resent anyone. These guys are my friends, regardless of the decisions they make."

McIlroy has been the PGA Tour's loudest advocate, but the PGA Tour has changed since the emergence of the LIV Golf Invitational Series.

They have extended the strategic alliance with the DP World Tour until 2035, but most importantly, commissioner Jay Monahan announced a prize purse increase of $54 million for next season and a new three-event international series.