Rory McIlroy was more than happy with his performance at the Wells Fargo Championship, a tournament he has won three times in his career. 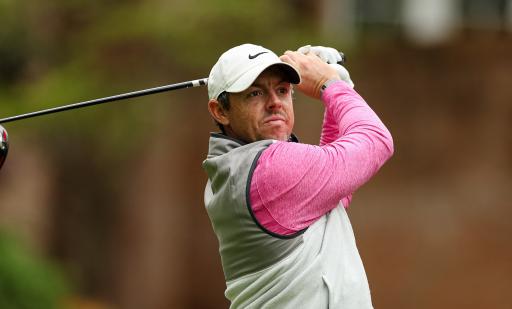 The anticipation from the golf world is building ahead of the PGA Championship with a number of different stories taking centre stage.

Phil Mickelson's pending return to the PGA Tour is the headline. Will the 51-year-old reigning USPGA champion return to the tournament where he made history last year?

Next is Tiger Woods. We have seen footage of Woods practising at Southern Hills which came as a surprise when he was hesitant to confirm his participation after his final round at The Masters.

One story and form line that is going under the radar is Rory McIlroy's calculated and specific approach to the 2022 PGA Tour season and it could result in his third win at the PGA Championship.

And talking of hattricks, McIlroy came fifth at the Wells Fargo Championship at the weekend which is an event he has won three times.

The Northern Irishman has only played seven times on the tour this season, making four top-10's which includes a win at the CJ Cup and a runner-up finish at Augusta National. Right now, he seems in a very good place with his golf.

"It was a solid day, played well. Had my chances, played the last eight holes in 1-over, which whenever you give yourself a chance and get within three is obviously not the way you want to finish," said McIlroy after his final-round 68 at TPC Potomac.

Related Articles
Rory McIlroy BIGS UP golf chances of Tiger's son Charlie ahead of The Match
Rory McIlroy to television host: "I think you just need a drink!"

"Some of those pin positions on the back nine were tricky and tough to get close to. Yeah, I mean, overall it has been a good weekend, a decent week, something to build on going into the PGA (Championship).

"I'm playing good, playing really good. No complaints with the game. Everything feels pretty solid. As I said, just a couple things here and there coming down the stretch, a couple missed putts, but really apart from that I feel like the game is in good shape."

The recent birthday boy is missing out on the AT&T Byron Nelson at TPC Craig Ranch this week and then he'll travel to Tulsa, Oklahoma for the second major championship of the year.

Scottie Scheffler is warming up for the PGA Championship this week in McKinney as he attempts to win for the fifth time in his last eight starts.

All eyes will be on the 25-year-old to see if he can win his second major championship at the USPGA, but all eyes should also be on McIlroy.

Eight years is far too long for a player like him to go in between major wins and I believe his meticulous approach to his schedule could work to perfection.