Cheyenne Woods and her husband Aaron Hicks welcomed their first child into the world together as Woods informed her fans on social media. 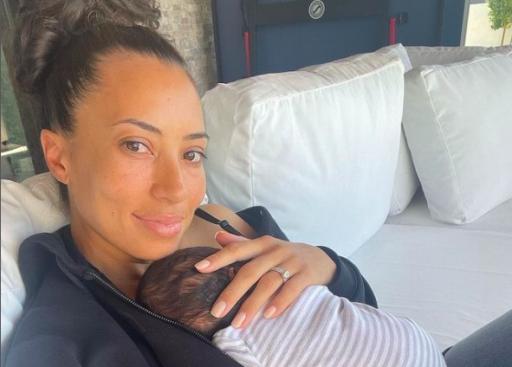 Cheyenne Woods, the niece of golf legend Tiger Woods, has given birth to her first child with husband and professional baseball player Aaron Hicks.

Woods posted a picture of her and her new baby son, named Cameron Jaxson Hicks, on Instagram and revealed that she gave birth on April 26.

"Two weeks ago, this sweet boy made me a mama and I’ve loved every minute," Woods wrote on another Instagram upload on Sunday. The pair are certainly delighted to start their new family.

The new mother and father first met when Woods hosted Hicks on her podcast 'Birdies Not BS' in early 2020. They began dating in the spring.

Woods, 31, has been competing on the LPGA Tour since her rookie season in 2015 and since her debut, she has earned $324,817 in tournament prize money.

She hasn't competed on the LPGA Tour in 2022 yet and she is currently ranked 674th in the Rolex Rankings. Nonetheless, Woods certainly has new priorities in her life.

Hicks, 32, is a centre-fielder for the New York Yankees in Major League Baseball. He made his MLB debut for the Minnesota Twins in 2013.

Woods and Hicks reportedly live in Scottsdale, Arizona and their life has certainly changed in many ways in 2022 as they also got married in February after becoming engaged in October.

Woods and Hicks have welcomed young Cameron to the world at a time when every golf fan wants to see Tiger compete at the PGA Championship later this month. The Woods family certainly have much to be excited about in 2022.

Next Page: Max Homa: What's in the bag of the two-time Wells Fargo champion?