We have a strong field lined up this week at the AT&T Byron Nelson, but who will put in perfect preparation for the PGA Championship next week? 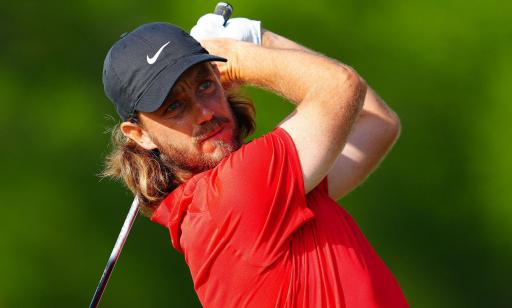 It was another successful week for GolfMagic on the betting front at the Wells Fargo Championship. Despite both Matt and Andy unsuccessfully choosing Rory McIlroy to win his fourth title at the event, Matt picked out Cameron Young at a solid each way price of 40/1. The boys are back this week for the AT&T Byron Nelson with more big-priced selections and strong fancies.

Scottie Scheffler, Jordan Spieth, Justin Thomas and Brooks Koepka are all back this week teeing it up at the AT&T Byron Nelson at TPC Craig Ranch.

Xander Schauffele is making his debut at the tournament and other notable players include Tommy Fleetwood, Francesco Molinari and Sam Burns.

K. H. Lee won his first PGA Tour title at this event last season and he is back to defend. It is a stellar lineup in McKinney this week and Matt and Andy have some mouthwatering betting selections for you.

Related: Rory McIlroy has "no complaints" with his game ahead of PGA Championship

Sam Burns is currently ranked second in the FedEx Cup standings and this is due to his wins at the Sanderson Farms Championship and the Valspar Championship already this season.

The 25-year-old came second at this event last season which was one of two runner-up finishes he recorded in 2021. He is ranked 10th in strokes gained in total and seventh in birdie average, so the American is all set to have a good week.

It has been very hard to back Tommy Fleetwood in recent years on the PGA Tour, but he has been incredibly consistent in 2022 with 6 top-25 finishes in 10 events.

The Englishman is ranked fourth in strokes gained around the green and eighth in putting, so his strengths lie in his short game. This is a Fleetwood that is much improved on the one that missed out on the FedEx Cup playoffs last season.

Justin Thomas hasn't won since The Players Championship in 2021 but in 2022, he has made six top-10's in 11 appearances. He recorded an impressive finish at The Masters last month by coming tied 8th.

Xander Schauffele and Patrick Cantlay won the Zurich Classic of New Orleans which was Schauffele's first win on the circuit since 2019. His fifth PGA Tour win was a long time coming.

The 28-year-old has only missed two cuts this season and he is ranked 21st in strokes gained in total. It may have been a quiet season so far for Schauffele but his win at TPC Lousiana could kickstart better form in 2022.

Next Page: Tiger Woods and Phil Mickelson CONFIRMED in field for PGA Championship