McIlroy shot a 3-under par opening round at The Concession, but was left ruing missed opportunities. 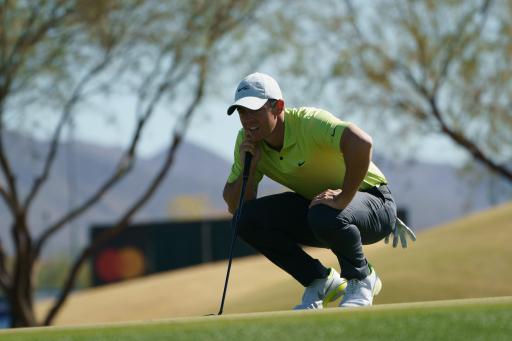 Rory McIlroy was left feeling frutrated by his opening round at the WGC-Workday Championship, despite shooting a 3-under par score of 69.

The Northern Irishman is just three shots behind joint leaders Webb Simpson and Mat Fitzpatrick, but after a strong start at the testing Concession in Florida, McIlroy dropped three shots on his back nine.

It was still a very solid round from McIlroy, who made six birdies on Thursday, but the World No.8 is disappointed with his performance on the greens.

"I missed three putts on the last nine holes that I thought for sure were going to go right to left, and then I missed one on another hole that I gave a little less break as a reaction to those and that one dove and broke left," McIlroy told Sky Sports.

"I felt like I got a good feeling with what I'm doing with the long game so I'll hit a few balls to try to groove that in and I'll go to the putting green to try to figure it out a bit.

"Of course it's frustrating because you come off the course thinking you could be three or four shots lower than you were, but I've just got to keep putting the work in and hopefully it finds its way in there.

"I holed some good putts out there, it's not that I didn't hole anything, it's just that I missed a few."

McIlroy wasn't the only player to walk off the course feeling frustrated on Thursday, with World No.1 Dustin Johnson and reigning US Open champion Bryson DeChambeau making shocking starts, both shooting 5-over par for their opening round.

NEXT PAGE: Brooks Koepka one shot back after WGC-Workday Championship opening round