Brooks Koepka one shot back after WGC-Workday Championship opening round

Webb Simpson and Matt Fitzpatrick lead after day one, but Koepka pieced together another strong performance. 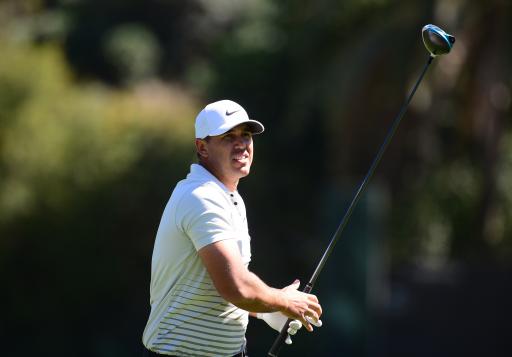 Brooks Koepka got off to a strong start at the WGC-Workday Championship, shooting a 5-under par opening round to sit just one stroke back of joint leaders Webb Simpson and Matt Fitzpatrick.

The Concession was proving why it if often referred to as one of the toughest courses in America, with many of the world's best struggling on Thursday, with World No.1 Dustin Johnson and reigning US Open champion Bryson DeChambeau shooting 5-over par.

Whilst some faltered in Florida, others shone, with Koepka continuing his fine form as of late, piecing together six birdies and one bogey to shoot a 5-under score of 67.

Koepka's final birdie of the day came from a brilliant 35-foot drain at the 8th hole (his 17th), which required a lot of thought given the speed of the green down towards the water.

WATCH KOEPKA ROLL IN HIS FINAL BIRDIE OF THE DAY BELOW:

Fitzpatrick set the early clubhouse lead with his 6-under par score of 66, without a single blemish on the scorecard and the Englishman was impressed by the course condition on Thursday.

"The golf course is in unbelievable shape," Fitzpatrick told Sky Sports following his round. "The greens are running about 12 on the stimp, that's great for me. I love it when it's like that. It's a great golf course but the green complexes are challenging and I think that's what protects it."

Simpson later joined Fitzptrick at the top of the leaderboard, matching his score of 66, making three birdies in his final holes.

Sergio Garcia, who has started 2021 in excellent shape, put together another solid round and joins Koepka in a tie for third at 5-under par and another Spaniard in Jon Rahm is in the mix at 4-under par, alongside a host of players including Patrick Reed and Tony Finau.

Rory McIlroy got off to a brilliant start, but three dropped shots on his back nine caused a frustrating day, although his score of 3-under par is one that many wish they had started with for the opening round.

NEXT PAGE: Tiger Woods has "no recollection" of his car crash in Los Angeles