Rory McIlroy set a scoring average in the 2022 PGA Tour season that has only been achieved by two other golfers as he romped to FedEx Cup glory. 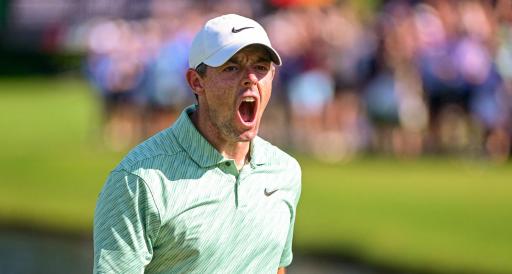 Rory McIlroy may not have won as many times as Scottie Scheffler on the PGA Tour in 2022, but he chased the American down with scores of 63 and 66 at the weekend in Atlanta to win the FedEx Cup.

Scores late on in the day have given McIlroy so many agonisingly close finishes in the past, such as when his 64 on the final day at The Masters gave Scheffler something to think about as he won his maiden major title back in April.

But this season, his fearless play during the weekends of tournaments has paid dividends. He shot a 62 in the final round of the RBC Canadian Open to lift his 21st PGA Tour title.

He also shot a 66 in the final round at The Summit Club in Las Vegas to win the CJ Cup right at the beginning of the season. At East Lake, he showed similar resolve to win the massive $18 million FedEx Cup bonus.

All of these clutch rounds have contributed to on overall scoring average for the season which broke a threshold only previously broken by Tiger Woods and Vijay Singh.

McIlroy has become just the third player to break a scoring average of 68.7 in a single season. His average of 68.67 puts him down in the record books next to Singh who accomplished this in 2003.

Singh, 59, won four times in the 2003 season. In 2004, he won a stunning nine times including the PGA Championship which was his third and final major victory.

However, Woods can't say that he's won three FedEx Cups which the Northern Irishman pointed out after his one-shot victory. It is not often that McIlroy, or any player, can say they've got one over on Tiger.

As you can see in the footage above, McIlroy wanted to make this point clear. Last week, the pair announced a joint venture to launch Monday Night Golf with the PGA Tour, showing team matches in a brand-new venue and brand-new format.