Rory McIlroy finished in a tie for 59th place at the Irish Open, despite being the hot favourite heading into the week at Mount Juliet. 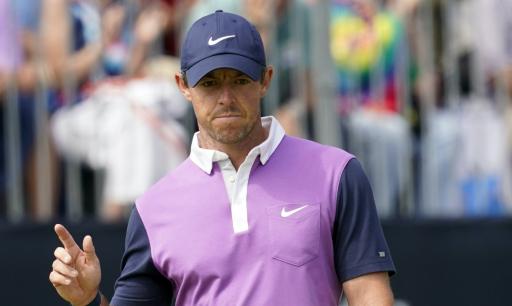 Rory McIlroy said that he needs to "work pretty hard" on his game in the lead up to the Scottish Open and the Open Championship in the coming weeks.

Although McIlroy was the strong favourite to win the Irish Open and the highest-ranked player in the field, he finished in a tie for 59th place at Mount Juliet.

He shot 2-over-par on Sunday to finish on 2-under-par for the tournament, which was a staggering 17 shots behind winner Lucas Herbert.

After his final round in Kilkenny, the four-time major champion was asked about his confidence levels as the 149th Open Championship approaches, a tournament he won in 2014.

"They feel okay. I certainly don't feel as good about where I'm at compared to where I was after the U.S. Open," said McIlroy.

"But I've got another week to get ready and prepare, and I obviously want to play well next week, as well and have a chance to win. There's nothing better than preparing for a major championship by getting into contention the week before.

"But I need to work pretty hard on my game the next few days before heading into The Scottish Open."

The Northern Irishman has had an erratic season on the PGA Tour however, he has made six top-10 finishes in his last 16 starts, including his third career victory at the Wells Fargo Championship.

McIlroy felt that his game was rusty at the Irish Open but with the Scottish Open at the Renaissance Club approaching this week, he has the opportunity to build confidence ahead of The Open.