Rory McIlroy vaults back into contention at the Wells Fargo Championship, and reveals a BIG CHANGE to his golf setup... 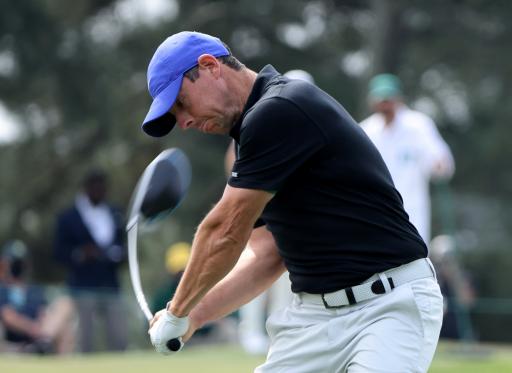 Rory McIlroy vaulted up the leaderboard on day two at the Wells Fargo Championship at Quail Hollow, and then revealed he can no longer rely on his trusty swinging draw as a result of today's driver technology.

McIlroy, 32, has relied on his draw shape off the tee en route to 18 PGA Tour titles and four majors, but the Ulsterman, who now works with swing coach Pete Cowen, admits he has to rely on hitting a cut with the driver in order to maximise his performance off the tee in 2021.

RELATED: RORY LAUGHS AT FINALLY PLAYING SOME "WEEKEND GOLF" ON THE PGA TOUR!

"That’s the most consistent shot that I hit with the driver," said McIlroy, who posted a 5-under 66 on day two at Quail Hollow to move into contention for a third career Wells Fargo Championship.

"I think these modern drivers nowadays, it's harder to turn them over than it used to be, so I've had to adjust.

"I can't hit that big swinging draw that I used to hit. I mean, that was my bread and butter. I'd aim it down the middle of the fairway, I know if I made my normal swing it would start on the right edge and draw back to the middle. It just doesn't—it doesn't quite happen anymore.

"And that's how I've played most of my life, so it's committing to seeing a different way to hit tee shots and it's just, it's taking a while to get used to it... so I just have to commit to going down the left side and trusting that it's going to come back."

McIlroy's second-round 66 at Quail Hollow on Friday not only saw him make the halfway cut for the first time in his last three strokeplay starts on the PGA Tour, but it marked his lowest score since the first round of the Arnold Palmer Invitational in March.

The World No.15 is bidding to win his first tournament around the world since November 2019.