Rory McIlroy says his head is TOO SMALL for a cap at the Olympics!

McIlroy reveals why he is choosing not to wear a golf cap at the Olympics... 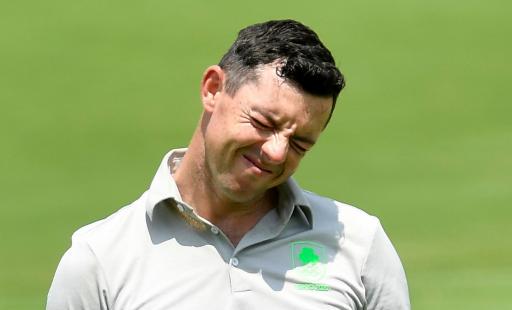 Rory McIlroy has revealed the real reason why he has chosen not to wear a cap in the Men's Olympic Golf Tournament in Tokyo this week - and it is all because his head is too small.

A cap-less McIlroy, who is representing Ireland, opened with a solid 2-under 69 at Kasumigaseki Country Club to lie six shots off the first-round pace set by Austria's Sepp Straka.

"My head is so small that I have to get Nike to make me custom hats," McIlroy told PGATour.com's Sean Martin.

"So whenever I’m in a team event and the hats aren’t custom, they’re all too big."

McIlroy will always wear a cap on the PGA Tour and European Tour, but he has been known to not always wear cap in some of his past Ryder Cup matches.

The Ulsterman also appeared to change his tune slightly on the prospect of what winning an Olympic gold medal would really mean.

Despite claiming on the eve of the tournament that he had never dreamed of winning a gold medal before - and only ever Claret Jugs and Green Jackets - the four-time major winner believes the Olympics will be held in similar regard to major championships in the not too distant future.

"I always wondered what the Olympic spirit was - you get here and you feel you're part of something bigger than yourself," said McIlroy.

NEXT PAGE: MCILROY SAYS HE ONLY EVER DREAMED OF WINNING CLARET JUGS AND GREEN JACKETS - NEVER AN OLYMPIC GOLD MEDAL