This move is set to be made against the potential future of golf which was threatened by a multi-million dollar Saudi-funded Super Golf League. 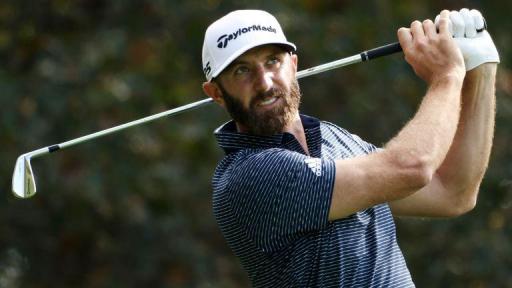 The PGA Tour is set to stop some of the best players in the world from participating in the Saudi International tournament next year, a tournament that Dustin Johnson has won twice.

As reported by Golfweek, the Saudi event is no longer a sanctioned event on the European Tour, so therefore PGA Tour members cannot receive a waiver to play in it.

This is likely to be a move against the Saudi government, which once attempted to launch the idea of a Super Golf League which aimed to lure elite players from the traditional tours.

The Saudi International was first played in 2019, but it was heavily criticised and judged to be an event used by the Riyadh regime to 'sportswash' its human rights record.

Many stars of the international game have participated at the event such as Johnson, Phil Mickelson, Brooks Koepka and Bryson DeChambeau.

"There is lots of rumour and speculation floating about as it relates to the Tour's position on the 2022 Saudi International," said David Winkle, Johnson's manager.

"Given that Dustin has played in the event the past three years and would be returning as their defending champion, I have no doubt he would be quite disappointed if the Tour potentially denied his release."

The event, which has not yet been sanctioned for 2022, is usually held at the Royal Greens Golf and Country Club in King Abdullah Economic City.

The Saudis have recently made a large investment into the Asian Tour and there is speculation as to whether the Saudi Invitational could be sanctioned on this tour.

There is also speculation as to whether their investment into the Asian Tour could be a step towards creating the Super Golf League, or whether the idea has been abandoned.

Jon Rahm and Rory McIlroy were two players to have publicly condemned the breakaway concept, as was the PGA Tour commissioner Jay Monahan.

According to Golfweek, at least five current players, all of who are major champions, have recently had written offers from the Saudis, but no more on this matter has been explained publicly.