Golf fans around the world will all be trying Rory McIlroy's new driving range drill he showed off during the Farmers Insurance Open on the PGA Tour. 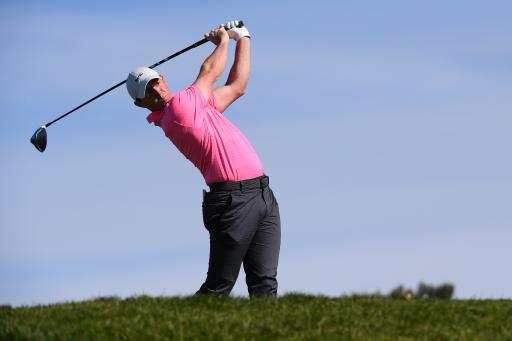 Rory McIlroy was filmed on the driving range during last week's Farmers Insurance Open on the PGA Tour and golf fans around the world are now saying they will be attempting his latest drill.

The Northern Irishman shot a 1-over par final round at Torrey Pines to finish the tournament 6-under par and in a tie for 16th place.

Before teeing off in his third round on Saturday, McIlroy went to the range to warm up and was filmed doing an interesting drill where he dropped a golf ball to the ground and tried to hit it as it bounced.

Don't try this at your local driving range. pic.twitter.com/922hZsl4zB

Some golf fans were a little bewildered as to why the four-time major champion was doing this particular drill, but some players tend to hit a few balls like this right at the start of a practice session to help with rhythm and get their hand-eye coordination on point.

"This is all I'm practicing at the driving range next time," said one golf fan, whose comment was also said by many others.

Controversy followed McIlroy later on Saturday after videos emerged of him picking up his golf ball after he believed it was embedded, when video evidence shows that his ball bounced before plunging into the ground.

The main headlines were around Patrick Reed who was involved in a very similar situation, but the PGA Tour said later on that both players acted within the rules of the game.