Rory McIlroy was disappointed with the words used in Phil Mickelson's interview with Alan Shipnuck and said the Saudi golf league is "dead in the water." 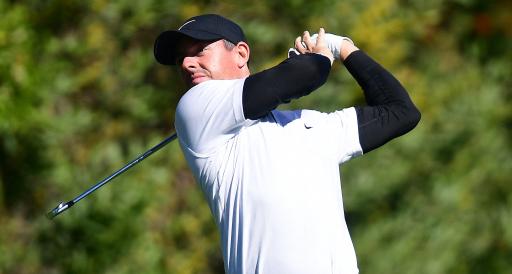 Rory McIlroy slammed the words of Phil Mickelson when he was interviewed on the Saudi golf league, speaking after the final round of the Genesis Invitational.

McIlroy expressed his disappointment at the six-time major champion who said the Saudi golf league was an example of "sportswashing" and he used strong language to describe the Saudi Arabain government.

On Sunday, both Dustin Johnson and Bryson DeChambeau committed their futures to the PGA Tour in official statements which ended speculation over their Saudi involvement.

You would assume that this has ended all hope of the Saudi-backed tour succeeding and McIlroy seemed to share this opinion as well.

"I don’t want to kick someone while he’s down obviously, but I thought they were naive, selfish, egotistical, ignorant. A lot of words to describe that interaction he had with Shipnuck. It was just very surprising and disappointing, sad," said McIlroy.

"I’m sure he’s sitting at home sort of rethinking his position and where he goes from here.

"Who's left? Who's left to go? I mean, there's no one. It's dead in the water in my opinion. I just can't see any reason why anyone would go," he added about the Saudi golf tour.

Justin Thomas, who is one of the top players to remain loyal to the PGA Tour, also described Mickelson's words as "egotistical."

Jon Rahm, Collin Morikawa and none other than Tiger Woods also support the tour and used the keyword of legacy as their main reason to not jump ship.

In his interview with Alan Shipnuck, Mickelson claimed that by working with the Saudis, he could gain leverage and improve the PGA Tour, however, McIlroy seemed to think this wasn't necessary.

"I would say don’t try to fix something that’s not broken,” McIlroy said. “I don’t think that the tour and the system are broken," the four-time major champion added.

"Are there things that could evolve and get better and maybe create better fan experiences for people watching at home or that come to tournaments, different formats, stuff like that? Yeah, of course.

"There’s certainly room for all of that, but all I would say to the golf fans is the PGA Tour are working on that and there is room for some other things at the top of the game that guys can get excited about.

"And the fans can get excited about and maybe switch it up from just regular the 72 holes week in and week out."