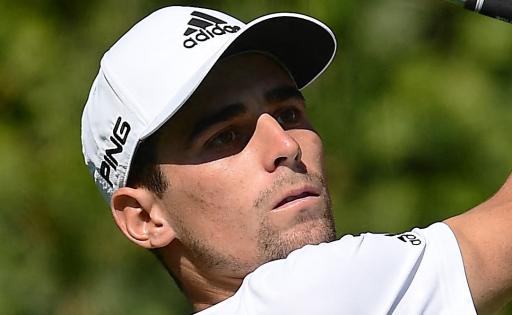 Joaquin Niemann saw off some of the PGA Tour's biggest stars to land his second career victory on the main circuit with a two-shot victory at the Genesis Invitational hosted by Tiger Woods.

Niemann, 23, carded a final-round 71 to finish the week on 19-under par and two shots clear of two-time major champion Collin Morikawa, who flew home with an exceptional 65, and Cameron Young, who closed with a 70.

The win marks Niemann's second of his career having clinched his first at the 2019 Greenbrier, and the Chilean becomes the fourth player in Genesis Invitational history to go wire-to-wire.

Niemann's 19-under par winning total is the second lowest in the tournament's history.

Niemann held a commanding five-shot lead at one stage on the back nine but it was soon trimmed to just two with three holes to play when Young chipped in for birdie from 50 yards.

But just as there was a swing on the 15th there was another on the 16th as Young handed the shot back with a bogey.

While all that was going on, Morikawa, in the group ahead, made a birdie on the par-5 17th to draw within two shots of Niemann.

Young made birdie on 17 to join Morikawa in a tie for second but Niemann would close out with two pars to seal the second PGA Tour title of his career.

Morikawa started the final round eight shots back but would race home with a stunning round of 65 that included two incredible chip-ins on the 7th for birdie and the 10th for eagle.

Adam Scott, twice a winner at Riviera, eagled the 17th in a round of 66 to finish fourth on 14-under par alongside in-form Viktor Hovland (70).

Justin Thomas was a further shot back on 13-under after a round of 70.

Rory McIlroy failed to ignite for much of the week at Riviera but he did sign for a final-round 68 to finish the week at 10-under par in a tie for 10th alongside the defending champion Max Homa (71).

World No.1 Jon Rahm was left to rue a cold putter for the first 54 holes, just as the case has been for the past few weeks, but he did finish with some good vibes and a flawless 65 to finish the week on 7-under par in a tie for 21st.

Jordan Spieth started the week brightly just a few shots off the pace but he had a weekend to forget with rounds of 73 and 72 and the three-time major champion ended the week on 6-under par.

Reigning FedEx Cup champion Patrick Cantlay struggled for much of the week and finished 5-under par.

MORE: PGA TOUR PROS CALL PHIL MICKELSON "TOXIC" AND BELIEVE HE WILL BE SUSPENDED ON THE PGA TOUR

NEXT PAGE: TIGER WOODS CONFIRMS HE WILL MAKE THE MASTERS - BUT WILL HE PLAY IN IT?