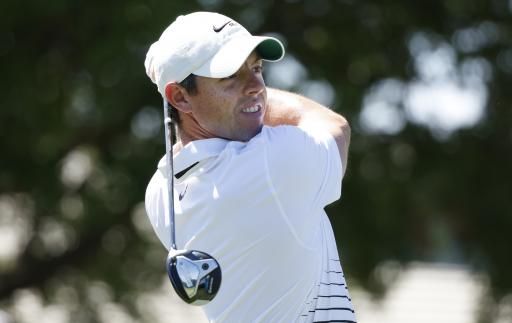 Rory McIlroy carded a lacklustre 71 on day two at the Arnold Palmer Invitational but still remains in the hunt for a second career title at Bay Hill.

McIlroy, who won the Arnold Palmer Invitational in 2018, carded a round of 1-under to move to 7-under par for the week and two strokes behind halfway leader Corey Conners, who posted a round of 69.

159 yards left to the hole after this tee shot from @McIlroyRory at No. 6.#QuickHits pic.twitter.com/QpzES7NcfR

The Northern Irishman has an enviable record at most PGA Tour venues but especially at Bay Hill where he has finished no worse than tied sixth in the last four years.

McIlroy played some solid golf on Friday but failed to really build any momentum, mixing four birdies with three birdies in a round of 71.

Martin Laird moved into sole possession of second on 8-under par after a solid round of 67, while in-form Viktor Hovland and Lanto Griffin joined McIlroy on 7-under par.

Bryson DeChambeau has still not gone for the green at the 555-yard par-5 6th hole despite claiming he might have a crack if wind ends up in his favour on the tee, but more importantly, he remains in the hunt for victory after matching McIlroy's round of 71 to move to 6-under par in solo sixth.

Jordan Spieth continued his resurgent run of form with a round of 69 to progress to 5-under par alongside Paul Casey, Sungjae Im and Justin Rose.

There is a jogjam group on 4-under par including Matt Fitzpatrick and Lee Westwood.

Jason Day produced one of the more comical moments of the week so far when lodging his golf ball into a bird nest on the 16th. He needed a pair of binoculars and camera crew to help him locate the ball, but it would lead to a penalty stroke and eventual double-bogey seven.

Rickie Fowler narrowly made the cut mark on 2-over par, but Patrick Reed missed it by a shot on 3-over par.

NEXT PAGE: JASON DAY SENDS HIS GOLF BALL INTO A BIRD NEST - WATCH WHAT HAPPENED HERE