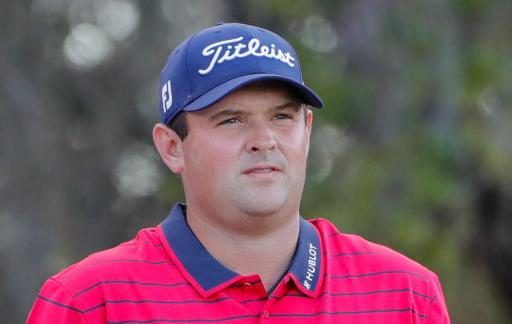 Patrick Reed has been accused of "cheating again" by a number of golf fans on social media following his actions on the 8th hole on day two of the Arnold Palmer Invitational at Bay Hill.

Reed found the deep rough with his tee shot down the right side of the par-4 8th hole, his 17th hole of the day, and then appeared to start fiddling around in the grass behind his golf ball.

Reed could only manage to progress his ball 37 yards further to the left away from the trees with his second shot, and he would go on to make a bogey-five.

While there was seemingly no wrongdoing here or any penalty stroke for his actions, the close-up video still led to a flurry of irate tweets from a large number of golf fans on Twitter questioning what Reed was really up to in the rough.

WATCH THE INCIDENT BELOW:

that is always the thing…in rough this thick is that little bit of landscaping really going to matter? Why take the risk unless you just don’t care about the rules.

hard to make the case he’s just playing it as it lies!

The bogey would prove a costly one for Reed at his penultimate hole as he would go on to miss the cut by one shot on 3-over par.

There are hundreds of tweets about the incident on Twitter tonight, but here's a selection of them:

His morals and integrity

Patrick Reed up to his old tricks again... https://t.co/Vb15BBUVf7

@PGATOUR#PatrickReed is a cheat .... again .... @McIlroyRory time for the committee to get a suspension or “injury” for this guy

Tom Wilson is like Patrick Reed. Both know exactly what they’re doing. As do their fellow competitors. Authorities won’t stop them. Helps to have no conscience.

Patrick reed is a cheater and always will be https://t.co/TUMnU9t2RA

Genuinely wondering what more it is going to take for the @PGATOUR to give Patrick Reed @useGolfFACTS a slap. He needs help, a ban at the very least. Otherwise he’ll never learn. #greenfingers #cheat it makes my urine boil. pic.twitter.com/i1UKNkhrEN

Patrick reed when he's got a bad lie and nobody is looking #ArnoldPalmerInvitational pic.twitter.com/eIUATRRNKj

Patrick Reed just thinks that since it’s March he can play Winter Rules, give the cheater a break

The incident marks a second time in just over a month where Reed has been accused by golf fans on social media of "cheating" following his "embedded ball" controversy at the Farmers Insurance Open - a tournament he would go on to win by five strokes at Torrey Pines.

Reed was also accused of "cheating" at the Hero World Challenge back in December 2019 - that time being assessed a two-stroke penalty for his actions in a waste bunker.

NEXT PAGE: RORY MCILROY TRAILS BY TWO HEADING INTO THE WEEKEND AT THE ARNOLD PALMER INVITATIONAL