We're back with another PGA Tour 2K21 video and this time, Alex takes on a custom course that mirrors Bay Hill, the home of the Arnold Palmer Invitational, this week's stop on the PGA Tour. 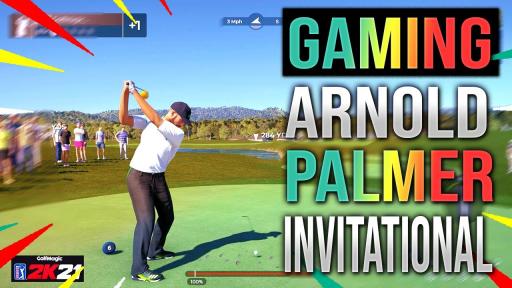 We recently started our new PGA Tour 2K21 Career Mode series where our equipment man Alex attempts to win the FedEx Cup, but with the Arnold Palmer Invitational taking place this week, we thought we'd do another PGA Tour 2K21 video where Alex takes on a replica course that mirrors Bay Hill.

It's been an entertaining week at Bay Hill this week, with many of the world's best competing for the famous cardigan that Tyrrell Hatton claimed last year.

The real PGA Tour players clearly have what it takes to perform at Bay Hill, but how will Alex get on in our latest PGA Tour 2K21 video...

WATCH ALEX TAKE ON THE BAY HILL REPLICA COURSE BELOW:

Alex's comments after the front nine holes: "The course is a custom course made by a user of the game so not a license course, it was made using the faint feature to mimic Bay Hill which is very cool.

"Very difficult track with lots of water. I’ve managed to fine tune my irons and driver play so I was aiming for an under-par round. The greens were quick, very quick and I didn’t adapt in the front nine meaning there were a few mistakes early on.

"Putting was difficult but some nice play left me feeling confident after nine holes, sitting at 2-over par. I did some swing calibration before the round meaning the tempo was a lot easier to get right. I'm pretty happy with the performance so far and hopefully I can go under par on the back nine."

NOW WATCH ALEX TAKE ON THE BACK NINE: