Despite making a seven on the 17th hole at The Summit Club, Rory McIlroy is firmly in the hunt this week. 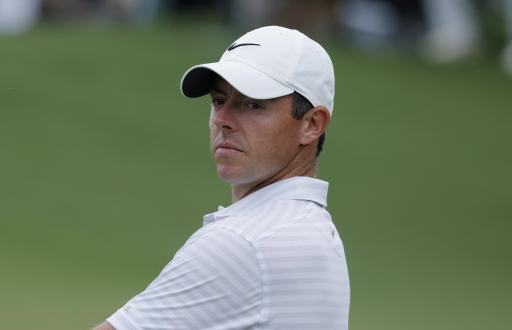 Rory McIlroy described his triple-bogey in the first round of the CJ Cup as "one bad swing" as he made a promising start to the new PGA Tour season.

The four-time major winner, making his first appearance since the Ryder Cup, shot a solid round of 4-under-par at The Summit Club but it could have been so much better.

McIlroy made two birdies in his first nine holes but his back nine was where things got exciting. He made birdies on the 10th, 12th and 15th holes and a fantastic eagle on the par-5 14th hole.

The Northern Irishman was 6-under-par after 15 holes but he made a triple-bogey at the par-4 17th hole. He finished with a 68 and pondered what could've been.

RELATED: JON RAHM DREADFUL AT ANDALUCIA MASTERS, THEN PROVES WHY HE IS STILL THE BEST

"It was really good apart from one bad swing, I missed the three wood on 17, right and messed around in the rocks and ended up with a seven," McIlroy said after his round.

"If you keep it in play, it's very scoreable, but if you hit a couple offline and you get a bad break, you can get a big number. I did that on 17, but the other 17 holes were really good."

McIlroy is in tied 26th place alongside Tommy Fleetwood, Sungjae Im and Paul Casey. They are all seven shots behind Robert Streb, who carded an incredible round of 11-under-par in Las Vegas.

Streb was 7-under-par after six holes which equals the best ever score in the opening six holes of a PGA Tour event. Brandt Snedeker set the record at the Farmers Insurance Open in 2007.

The 34-year-old made five birdies and an eagle in his first six holes and he maintained a score of 7-under-par on his front nine. His only blemish came on the par-3 11th hole.

He then added five birdies in his last seven holes to secure his score of 61. Streb is now in a great position to win his third PGA Tour event, his most recent win came at the RSM Classic in 2021.

NEXT PAGE: ROBERT STREB MAKES HISTORY WITH INCREDIBLE FIRST ROUND AT CJ CUP ON PGA TOUR