Jon Rahm dreadful at Andalucia Masters, then PROVES why he is still the best

The Spaniard struggled in his first round at the Estrella Damm N.A Andalucia Masters, but showed the world why we love him. 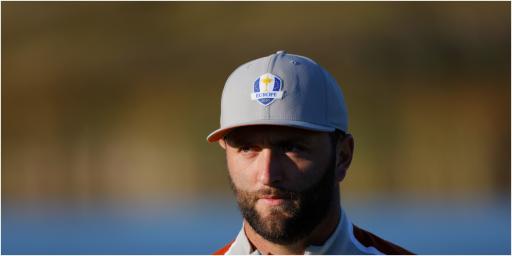 Jon Rahm may have matched his second-worst score of his professional career at the Andalucia Masters but he spent the afternoon proving why he is still the best.

Of course, the 26-year-old Spaniard probably wanted to make his way immediately to the practice area to try and sort out what had just unfolded before him.

But before that he spent the afternoon signing autographs in his home country, proving he has never forgotten where he came from.

Throngs of supporters lined up to get pieces of memorabilia signed by Rahm, who was one of the pre-tournament favourites at Real Club Valderrama.

Rahm failed to register a single birdie and found just four fairways off the tee as he constantly dropped shots on his way to a first round 78 (7-over).

His five bogeys and a double up 18 leave him 11 strokes behind the early leader Julien Guerrier, who has his first ever 18-hole lead on the European Tour.

Rahm's first round is the highest total he has shot since his second round at 2018's Open at Carnoustie where Francesco Molinari was crowned the champion.

The reigning U.S. Open champion first round statistics do not paint a pretty picture as his driving accuracy was measured at 28.6 per cent while he found just 38.9 per cent of greens in regulation.

Fellow Spaniard Rafa Cabrera Bello, fresh off a victory last week at the Acciona Open de Espana, has started well and is at 3-under and one stroke behind Guerrier.

RELATED: HOW BEING A DAD HAS HELPED TIGER WOODS' RECOVERY