Henley sets the early pace on day one with impressive 8-under 62 at the Wyndham Championship. 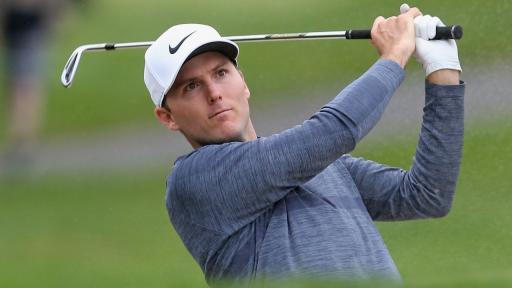 Russell Henley paid tribute to a phone reminder before going on to shoot a blistering 8-under 62 on day one at the Wyndham Championship.

Henley, 32, ranked in the top 10 for Strokes-Gained Putting in two of his first three years on the PGA Tour, but as it stands in 2021 he is currently 85th in the category. Incredibly, he was outside the top 150 in this statistic two years ago, and just inside the top 140 last season.

Only the three-time PGA Tour knows he is a good putter. In fact, many ardent PGA Tour golf fans would consider him one of the better putters on the circuit, certainly from close range.

So much so, Henley has set himself a phone reminder that says "I'm a great putter" just to make sure he remembers.

"I don’t have many reminders, but that’s one of them," said Henley, after posting a flawless round of 62 to hit the front on day one at Sedgefield Country Club.

"It was making me mad because I wasn’t putting well, but I put it back on recently. Maybe I need to keep it there."

Can any of the later starters better Russell Henley's clubhouse target at the #WyndhamChamp?

Watch the opening round live now on Sky Sports Golf.

Henley started steady with four pars and then caught fire with an eagle on the par-5 5th followed by two consecutive birdies at the next two holes to go out in 31.

The American then returned with four birdies on the back nine to come back in another 31 for a round of 8-under par.

Henley ranked inside the top 10 on day one for Strokes-Gained Putting (2.381).

The World No.56 will need to keep his foot down if he is to record a fourth PGA Tour title and land his first win since the 2017 Houston Open, however, as the scoring is likely to be very low all week.

Tommy Fleetwood moved to 5-under par thru 16 holes before inclement weather interrupted play, while tournament favourite and course specialist Webb Simpson progressed nicely to 3-under par thru 14 holes despite making a double-bogey at the 1st hole.

NEXT PAGE: RICHARD BLAND HITS THE FRONT AT CAZOO CLASSIC