Sam Burns shared the lead with Keegan Bradley after three rounds, but the 24-year-old pulled away from his opponent at the Copperhead Course. 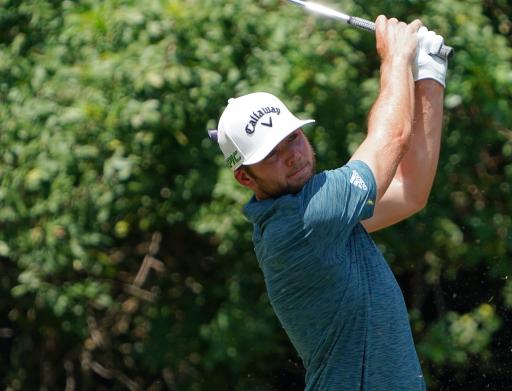 Sam Burns fired a final round 68 to win the Valspar Championship on 17-under-par and overcome Keegan Bradley, who he traded blows with on Sunday at the Copperhead Course.

Both Burns and Bradley began the day on 14-under-par but it was the eventual winner who raced into a two-shot lead after four holes, with birdies on the 1st and 2nd holes.

But Bradley came back with two birdies of his own on the 5th and 6th holes to draw level with Burns on 16-under-par, before the 2011 PGA champion birdied the 9th hole to take a one-shot advantage heading into the back nine.

Burns, yet to win on the PGA Tour until this week, birdied the par-5 11th hole to co-lead with Bradley on 17-under-par, but the 13th hole proved to be the key turning point.

Bradley, 34, hit his tee shot on the 182-yard par-3 into the water and made a double bogey, gifting his relieved opponent Burns a two-shot lead with five holes to play.

Burns played his final five holes in level-par to finish on 17-under-par and three ahead of Bradley, to take his first PGA Tour title on his 76th start.

The only water ball at 13 today.

"You work so hard for this moment," said an emotional Burns surrounded by his family.

"Just to have them (his family) here, they have all sacrificed so much. My wife has been by my side throughout all of it and my whole family. The sacrifices they made when I was growing up, it's just a dream come true.

"Those moments in the past test you and you really learn a lot from them, so I think this week coming down the stretch, I just tried to stick to our process and I think that was the biggest thing."

The World No.94, who turned professional in 2017, had missed three cuts in his last five events but this win has earned him a place at the 2021 PGA Championship.

Viktor Hovland began the day seven shots behind the leaders, but the Norwegian continued his fine form on the PGA Tour with a 6-under-par 65 on Sunday.

Hovland made seven birdies in his final round to finish on 13-under-par for the tournament, alongside Cameron Tringale, who shot three-under-par on Sunday, in a tie for third place.

NEXT PAGE: PATRICK REED: HOW MUCH IS THE 2018 MASTERS CHAMPION WORTH?