Johnson slumps to a tie for 48th at the Valspar Championship, but admits his game is turning a corner... 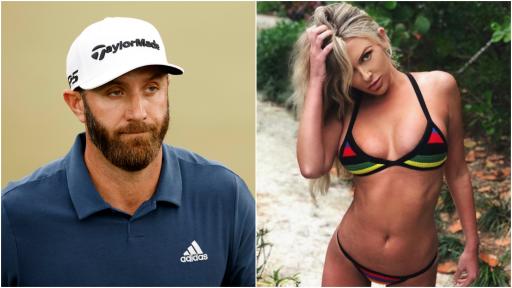 Dustin Johnson confirmed to the media that he is getting married to Paulina Gretzky soon, but has yet to confirm a date.

News came to light of Johnson and Gretzky's imminent wedding after Paulina was spotted shopping for wedding dresses on her Instagram Story earlier in the week.

"We do not have one yet," said Johnson, when quizzed about a wedding date. Asked if it was getting any closer, he replied: "Yeah."

Gretzky and Johnson have been engaged for more than seven years.

RELATED: PAULINA GRETZKY AND DUSTIN JOHNSON ARE FINALLY GETTING MARRIED

Johnson carded a final-round 69 at the Valspar Championship to finish 2-under par in a tie for 48th.

“I don’t think I got one good break the whole week,” said Johnson. “It’s just one of those weeks.”

Despite not winning on the PGA Tour since landing his second career major title at The Masters in November, Johnson admitted his game is moving in the right direction.

“The game is really close to being good,” he said. “Yesterday, I played so good then obviously one bad shot on 16, plug in the bunker, double. Same thing on 18, I hit a good shot just misjudged the lie and plugged in the bunker.”

He added: “The golf swing has felt a lot better than it has in the last three or four months.”

Johnson will next be in action on the PGA Tour at the AT&T Byron Nelson, before onto the US PGA Championship.