This Sam Burns record at the Valspar Championship is AMAZING...

Sam Burns is in contention once again at the Valspar Championship on the PGA Tour and it is no shock when you see this incredible record. 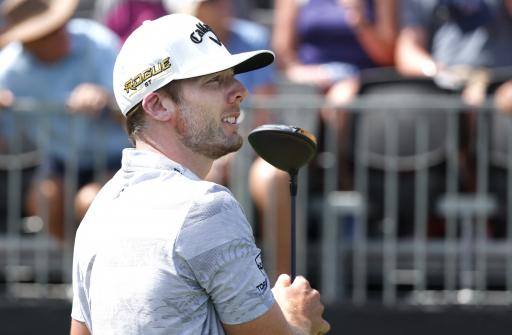 Sam Burns shot his second consecutive 67 at the Valspar Championship on Saturday to get within three shots of the lead with 18 holes remaining.

Burns is currently sitting in tied third on 15-under-par with Justin Thomas and he will look to chase down the leader and PGA Tour rookie Davis Riley.

He clearly has an affiliation with this venue and he has the opportunity to win his third tour title. Back in October, he won the Sanderson Farms Championship.

It is no surprise that Burns is in contention again at the Valspar when you consider this incredible record. Since 2018, Burns has the best accumulative score on par-5's.

He is on a staggering 40-under-par through the longest holes in the last four seasons. This is eight shots better than Paul Casey who has won the Valspar twice in his career.

This mark of 40-under-par is also 15 shots better than the third-best par-5 record held by Bradley and former Open champion Louis Oosthuizen.

Burns was unlucky not to make the US Ryder Cup side back in September 2021, but if he continues in this vein of form, he could be an automatic pick for the matches in 2023.

"It was playing difficult out there in the wind picking up a little bit, some tough pins. So yeah, I think overall a solid day. I was happy with the way I finished the round out," Burns said after his third round on Saturday.

Next Page: Lee Westwood accuses reporter of being "ageist" on social media