Justin Thomas wore golf joggers with short, tight bottoms on day three of the Valspar Championship, so what did you think of them? 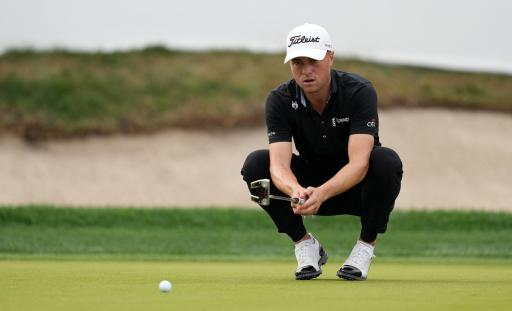 There have been many clothing trends that have emerged on the PGA Tour and Justin Thomas displayed another one on Saturday at the Valspar Championship.

We have seen hoodies and collarless shirts on tour. Richard Mansell even wore a collarless shirt untucked at the Ras Al Khaimah Classic on the DP World Tour earlier this season.

Thomas is no stranger to taking on the traditions of the game. He has previously worn hoodies while competing and now he has sported a pair of joggers.

The 2017 PGA champion must have felt comfortable and confident while wearing them as he shot his third consecutive round of 66 at the Copperhead Course.

Related: "He handled it like a rockstar": Justin Thomas praises rookie on moving day

Golf joggers expose the ankle which is different to normal golf trousers which cover the ankle and down to the foot. They have grown in popularity recently.

Thomas received a lot of attention for his controversial choice of clothing. One fan in Palm Harbour shouted, "Justin, Tampa loves your ankles!"

Players such as Rickie Fowler and Erik van Rooyen have worn joggers on the PGA Tour before, while many different players such as Tyrrell Hatton, Collin Morikawa and Rory McIlroy began wearing hoodies last year.

Clothing brands such as adidas justify new trends in golf by reaching out to the younger generation. Thomas is certainly still a youthful player and a role model for young golfers.

He has a good opportunity to win his 15th PGA Tour title on Sunday. He is three shots behind Davis Riley with 18 holes remaining.