Bryson DeChambeau was the longest driver on the PGA Tour in 2021, but there are a number of names ahead of him this season. 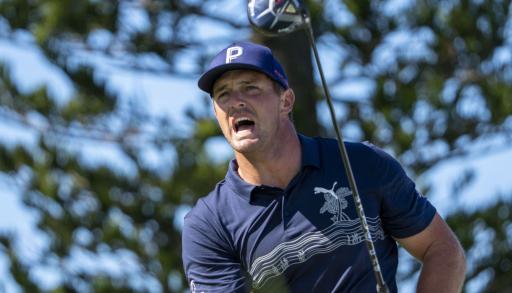 Bryson DeChambeau has had a disrupted season on the PGA Tour. His last appearance came at the Farmers Insurance Open when his injuries became clear.

The former US Open champion averaged over 323 yards off the tee on the PGA Tour last season, but he hasn't played on tour since January and there is a growing concern as to whether he will play at The Masters.

We have seen some huge drives on the PGA Tour this season. DeChambeau's longest hit is 403 yards which he recorded at the Sentry Tournament of Champions.

However, this drive puts the eight-time PGA Tour winner in seventh place in terms of the longest drives of the season, an incredible 57 yards short of the biggest strike.

Related: This Sam Burns record at the Valspar Championship is AMAZING...

Scott Stallings hit an absolutely monstrous drive of 460 yards during the WM Phoenix Open at TPC Scottsdale. No player has hit one further than this in 2022 and we have a feeling this record could last a lot longer.

In fact, this hit from Stallings is 47 yards ahead of the second-longest drive of the season so far. Cameron Young striped one drive 413 yards at The American Express.

The Sentry Tournament of Champions, won by Cameron Smith at Kapalua, was the scene of some huge drives and it is the event where Jon Rahm and Tony Finau also recorded their longest drives so far this term.

Rahm, the current World No.1 hit one tee shot 401 yards in Hawaii while Tony Finau has edged him out on 402 yards.

DeChambeau missed out on defending his title at the Arnold Palmer Invitational this month, but we can hope to see him back soon and hitting bombs like he always does.