Phil Mickelson has been handed the opportunity to play in the US Open at Torrey Pines in San Diego, California where the 50-year-old grew up playing golf. 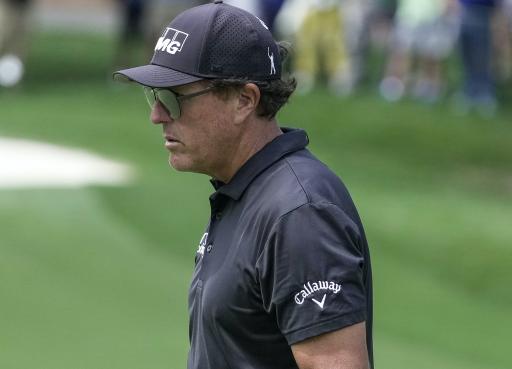 Phil Mickelson has been given a special exemption to play in the US Open at Torrey Pines in June, a course located in the lefty's home city of San Diego, California.

Mickelson has agonisingly finished second at the US Open six times in his career and it is the only major championship stopping him from being the sixth golfer in history to win all four majors.

The 50-year-old recently said that he was unsure whether he would accept a special exemption invitation, but as he currently sits at 113th in the world rankings, he would need to reach the top 60 by May 24th or June 7th to qualify.

Mickelson was also entered in sectional qualifiers in Ohio next month, but he has now become the sixth player since 2010 to receive a special exemption into the US Open.

"Phil Mickelson's incredible USGA playing record and overall career achievements are among the most noteworthy in the game's history," said Mike Davis, the USGA CEO.

"We are thrilled to welcome him to this year's U.S. Open at Torrey Pines."

Torrey Pines will be hosting a USGA championship for the third time in its history, most recently in 2008 when Tiger Woods beat Rocco Mediate in a playoff to win his 14th major title.

Mickelson has made 31 appearances at the US Open and has only missed one since 1994. His most recent runner-up finish at the tournament came in 2013 when Justin Rose won his first major title at Merion.

Reigning champion Bryson DeChambeau will be looking to defend his title that he won in September at Winged Foot Golf Club.

NEXT PAGE: "I PLAYED REALLY BAD": BRYSON DECHAMBEAU ON HIS FIRST ROUND AT AT&T BYRON NELSON