Tiger Woods has ruled himself out of a full season on the PGA Tour, but we expect him to play in THESE three tournaments in 2022. 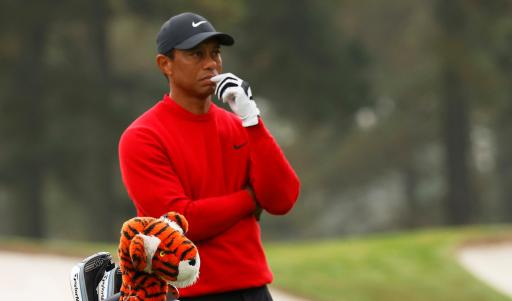 Tiger Woods has confirmed he will no longer be playing a full schedule on the PGA Tour for the remainder of his career - but here at GolfMagic, we fully expect him to play in at least three tournaments in 2022.

Woods, 45, spoke to the public for the first time this week since his horror car accident in Los Angeles at the end of February.

The 15-time major champion made it clear he has no intentions of playing too many tournaments on the PGA Tour, but he did have a glint in his eye when speaking about making a potential return at the 150th Open at St Andrews in July.

Should that happen, and prove a successful outing with no health concerns at the Home of Golf that week, we fully anticipate Woods will peg it up in at least two more tournaments to round out the year.

Let's hope there are more, but we reckon these three will be right up his street:

Woods confirmed in his press conference ahead of this week's Hero World Challenge, a tournament he is hosting in the Bahamas, that he would love to be playing at St Andrews in the summer of 2022.

While many golf fans are still praying to see Woods return to The Masters at Augusta National in April, where he clinched his memorable 15th career major in 2019, unfortunately that is unlikely to happen.

Though some fans are thinking maybe it could this week after seeing Woods rip fairway woods on the range at Albany this week.

However, The Open is a more realistic target for a man recovering from serious leg injuries. That gives him more than seven months to try to get himself in the best possible shape to play 72 holes on the famous Old Course at St Andrews.

RELATED: TIGER WOODS COULD RETURN TO GOLF AT THE OPEN CHAMPIONSHIP

Woods has lifted the iconic Claret Jug three times, two of which came at St Andrews in 2000 and 2005.

It's also his favourite golf course in the world, giving him even more motivation to play there.

"I would love to play at St. Andrews there's no doubt about it, it is my favourite golf course in the world, to be a two-time Open champion there - just even being part of the champions dinner is really neat," Woods said at Albany.

Woods won his first ever PGA Tour title at TPC Summerlin, the home of the Shriners Hospitals for Children Open on the PGA Tour.

The official dates for this event have not been finalised, as this will be one of the first tournaments of the 2022-23 PGA Tour season, however it always falls in October.

That gives Woods close to 10 weeks after The Open with which to rest himself, recover and get ready to return to the venue where he notched the first of his 82 career PGA Tour titles.

This tournament typically doesn't attract too many of the game's best players, so Woods might even fancy his chances of going close for the title.

After all, he needs just one more tournament victory to land the outright PGA Tour record that he currently shares with Sam Snead - no doubt something he would desperately love to achieve to finish his career.

Should Woods not decide to play in this one, we could certainly see him turning his attentions to the ZOZO Championship in the same month, which is where he last won on the PGA Tour in 2019 over at Narashino Country Club in Japan.

All we know is that Woods will not be playing consecutive tournaments. When Woods plays, the tournaments will be spaced out, which is why we cannot see him playing both the Shriners and the ZOZO. But let's see what happens.

Woods is currently at the Hero World Challenge in Albany this week, where he is hosting his annual tournament for 20 of the best players in the world.

The former World No.1 has typically always played in the this one, and with home comforts at Albany where he plays regularly, we could certainly see Woods teeing up here at the end of 2022.

I mean, Woods is already hitting balls on the range this week, and he's only just started learning how to walk again without crutches. So you have to feel in another year's time, he will be able to compete in the tournament for real.

It's a fairly relaxing week too, and while it is part of the PGA Tour schedule, it is not an official event on the FedEx Cup. Woods can just freewheel it out there and see what happens without any pressure.

So three events in total is likely the very best we can hope for Woods in 2022. And let's be honest, we will take that given there was serious concern that he may never hit a golf ball again when he crashed his car in February.

When it comes to his 2023 schedule, providing he is in good health and his legs and back are cooperating, we fully expect Woods to play in all four of the majors, along with a couple of the WGC tournaments.

That will no doubt be the goal, anyway.