Tiger Woods: The Masters is unlikely but could he return at St. Andrews?

Tiger Woods has won two of his three Open Championships at St. Andrews and he said he would love to play at the 150th in 2022. 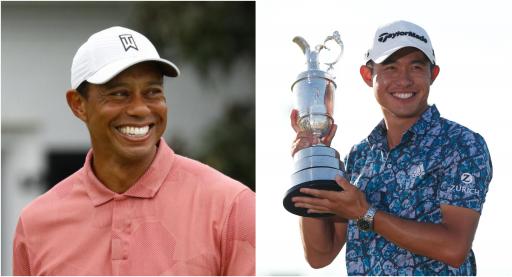 It was the news we all didn't want to hear, but for Tiger Woods, a career of fleeting appearances on the PGA Tour is his most realistic prospect.

In terms of his body, Woods admitted that he almost lost his leg as a result of the injuries he sustained in his car crash in February.

In the press conference at the Hero World Challenge in the Bahamas yesterday, the 15-time major winner admitted that he still felt pain in his back and his leg, despite being stationary.

He also said that he has a lot of muscle and nerve development to go through. In the video he posted last week of himself hitting balls at the driving range, he still had a black protective cast on his right leg.

RELATED: TIGER WOODS TELLS THE WORLD "I GOT THAT LAST MAJOR" BUT IS TARGETING THE OPEN

His remaining recovery almost certainly rules out an appearance at Augusta in April, so a sixth win at The Masters for Woods is off the table for now.

However, Woods spoke of his love for The Open Championship and the aura of the event, especially when it is held at St. Andrews, the home of golf.

Every player wants to be in Scotland in July next year at the 150th championship, and as this is still eight months away, this could be a potential return date for the 45-year-old.

"I would love to play at St. Andrews there's no doubt about it, it is my favourite golf course in the world, to be a two-time Open champion there - just even being part of the champions dinner is really neat," Woods said in Albany.

Woods has won three Open Championships, two of which came at St. Andrews in 2000 and 2005. He is on a prestigious list of players who have won The Open there such as Jack Nicklaus, Seve Ballesteros and Sir Nick Faldo.

We might be dreaming again and Woods is clearly in no rush to force a return to golf, as he has met a mountain that he admittedly can't climb.

We will have to see where the 82-time PGA Tour winner is in eight months time, but never say never with Woods.

NEXT PAGE: PGA TOUR STARS REACT TO TIGER WOODS RETURN: "HE IS GOLF!"