Tiger Woods and Charlie Woods: the TaylorMade clubs in their bags at the PNC

Charlie Woods is using a full bag of TaylorMade clubs alongside his father Tiger Woods at the PNC Championship... 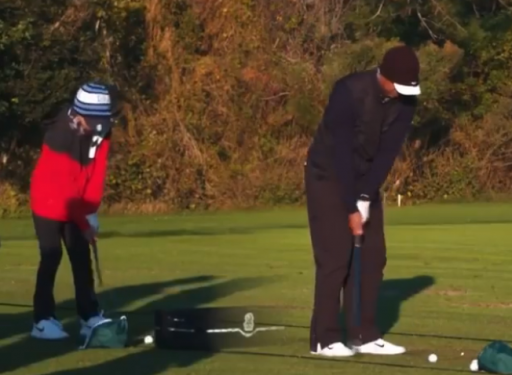 Charlie Woods will be using a full set of TaylorMade clubs when he tees up alongside his father and 15-time major champion Tiger Woods at the PNC Championship this weekend - and yes you guessed it, he's an 11-year-old who is using BLADES!

Tiger's young cub Charlie has turned into something of a social media sensation this week as videos of his golf swing have emerged in full, along with emulating his father's trademark club twirl! Watch in the video below:

The club twirl didn’t fall too far from the tree.

Tiger and Charlie Woods on the range. (via @ChampionsTour)

WATCH: TIGER AND CHARLIE HIT BALLS ON THE RANGE

"Like all kids, we mimic, and his feels are very similar," Tiger said of Charlie. "He is competitive. Our whole family is that way.  He has this opportunity to enjoy it, and he's doing that."

Take a closer look at what's in the bag of both Charlie Woods and Tiger Woods:

CHARLIE WOODS: WHAT'S IN THE BAG

TIGER WOODS: WHAT'S IN THE BAG