Tiger Woods' 47th place at The Masters vaults him back up the OWGR - but he still has someway to go to get back to World No.1 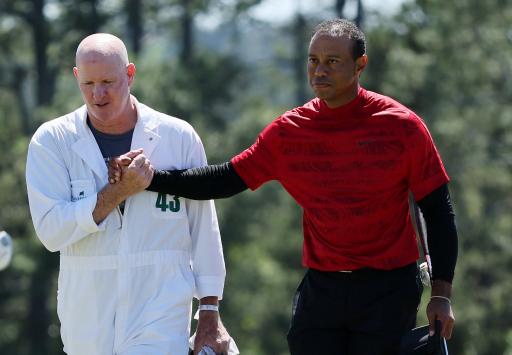 Tiger Woods' solo 47th place finish at The Masters last week has vaulted him 228 places up the Official World Golf Rankings to 745th.

Woods slumped to weekend rounds of 78 at Augusta National to finish on 13-over par in golf's first major of the year that marked his first official competitive event on the PGA Tour since November 2020 at the same tournament.

But despite his disappointing weekend on Georgia's hallowed turf, Woods at least bumped himself up the rankings from a lowly 973rd when entering the week.

Related: Tiger Woods confirms he will play in The Open Championship at St Andrews this summer

Related: Tiger Woods confirms he will play in the same event as Rory McIlroy and Niall Horan this year

Woods has been World No.1 for a record 683 weeks in his career.

Woods confirmed after 72 holes at The Masters that he would 100% be playing in The Open Championship at St Andrews this July.

Tournament officials of the JP McManus Pro-Am have also today confirmed that Woods will be competing in their tournament a week prior to the last major of the season.

"Tiger has been a great friend and avid supporter of the Pro-Am for a very long time and we are absolutely thrilled he has committed to play once again in the tournament," said tournament host JP McManus.

Next Page: When and where are the four golf majors of 2022?