Tiger Woods WILL PLAY at The Open Championship after Masters return

Tiger Woods heroically completed four rounds at The Masters this week, carding a final-round score of 6-over-par to finish on 13-over-par. 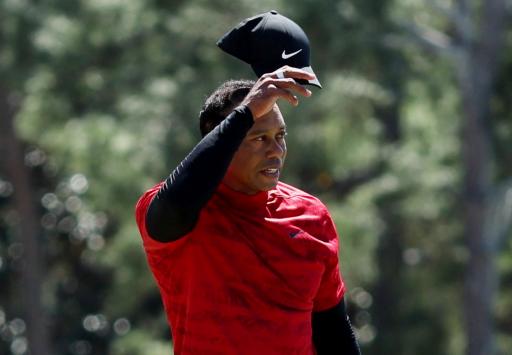 Tiger Woods confirmed he will play at The Open Championship at St. Andrews after he completed four rounds at The Masters.

Woods carded his second consecutive score of 78 at Augusta National in his Sunday red and he finished 13-over-par after four rounds.

The five-time Masters champion began his day with a birdie on the 2nd hole, but he then made three consecutive bogeys on the 4th, 5th and 6th holes.

Woods had made his final birdie at the 2022 championship and perhaps his body was starting to feel itself. He made a double-bogey on the 17th hole which contributed to his score of 6-over-par.

The highlight of his week was his first-round score of 71, which begged the question if the 46-year-old could contend for a sixth green jacket.

Related: What is Harry Kane doing in the Sky Sports studio at The Masters?!

After his round, Woods spoke of his love of The Masters and Augusta National and he confirmed that will be at The Open Championship at St. Andrews in July.

"We couldn't have had a better day. Given what has transpired this entire week with the weather and the changes from hot to rainy to icy yesterday to freezing this morning to an absolutely perfect afternoon," Woods said.

"I swear Augusta National has a bubble over this place that we just can't see and then they're able to do whatever they want. We've had a perfect day and we're going to have a great Masters finish today.

"There are a few guys with a chance and it's going to be exciting."

Woods then said, "I'll be there," with reference to St. Andrews. He has won two of his three Claret Jugs at the home of golf and he also reaffirmed that he will still never be capable of playing a full schedule on the PGA Tour.

Next Page: Tiger Woods' TIGER SLAM irons sell for over $5 million at auction