Tiger Woods took to social media to thank all who have helped him throughout a "difficult time". 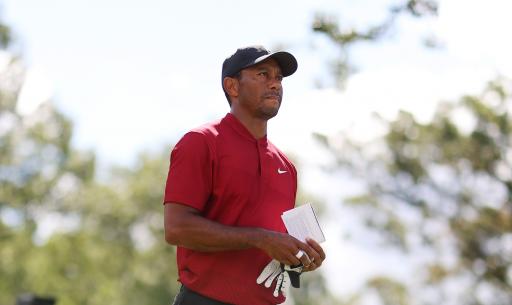 Tiger Woods has taken to social media after the case surrounding his near-fatal car crash in February came to an end and the 15-time major winner has thanked those who have helped him.

According to LA County sheriff Alex Villanueva, Woods was driving between 84 and 87mph on the 45mph speed limit in Ranchos Palos Verdes before his car rolled over in a serious crash that left him stuck inside his demolished SUV.

The cause of the crash was unknown for quite some time whilst the investigation went on, but it has been confirmed there was no evidence of Woods driving under the influence of drugs or alcohol.

Woods was unable to attend the yearly Champion's Dinner at Augusta National on Tuesday, hosted by Dustin Johnson, while he recovers from his injuries at home in Florida.

The 45-year-old sent out a statement on social media on Wednesday.

"In the last few days, I received word from the Los Angeles County Sheriff's department that their investigation regarding my traffic accident back on February 23rd in Los Angeles has been completed and closed.

"I am so grateful to both of the good samaritans who came to assist me and called 911. I am also thankful to the LASD Deputies and LA Firefighter/Paramedics, especially LA Sheriff's Deputy Carlos Gonzalez and LAFD Engine Co. #106 Fire Paramedics Smith and Gimenez, for helping me so expertly at the scene and getting me safely to the hospital.

"I will continue to focus on my recovery and family, and thank everyone for the overwhelming support and encouragement I've received throughout this difficult time."