Halloween may have passed but it is not too late to cash in on one of these brilliant costumes. 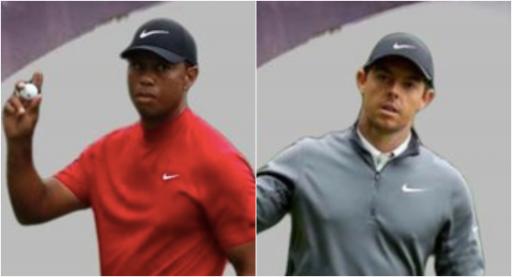 During Halloween, we saw many PGA tour stars dress up and get in the festive spirit. Jon Rahm, Tony Finau and Jason Day were just some of the players who got in the spooky mood.

Halloween has once again passed for this year but the concept of fancy dress lives all year round. And there were some very funny costumes posted on social media.

Courtesy of taylormemegolf, they have come up with a number of costumes based on the stars of the PGA Tour, including Tiger Woods.

Woods' costume comes with five illustrious green jackets and his classic red turtleneck shirt which he wore when winning The Masters in 2019.

Related Articles
PGA Tour: 5 biggest names who lost their Tour cards
PGA Tour pro takes an age over his ball in final round of Wyndham Championship

This fancy dress garment comes with huge calves that can only be possessed by a golfer who bombs drives and his iconic thumbs-up salute to the crowd.

World No. 1 Jon Rahm may have dressed up as Roy Kent from the popular 'Ted Lasso' this Halloween, but this funny costume comes with a raging temper and his characteristic short backswing.

As for four-time major winner Rory McIlroy's get-up, it comes with a kid's size hat and honest interview answers. However, it unfortunately doesn't come with a green jacket from Augusta, but it surely will one day.

Unluckily for Patrick Reed, his costume now comes with a broken captain's shield as illness prevented him from being the talisman he always is at the Ryder Cup for Team USA.

The Rickie Fowler Halloween costume comes with his classic moustache, but you will have to wait another year if you want to find one with a major championship attached.

NEXT PAGE: 459-YEAR-OLD GOLF CLUB 'CHEWED UP' AND 'EATEN' BY COASTAL EROSION