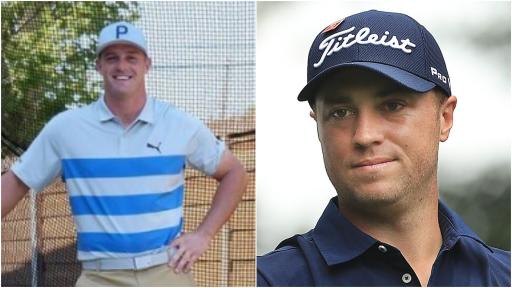 Justin Thomas loves to troll his PGA Tour peers as much as possible, especially his Ryder Cup teammate Bryson DeChambeau.

The story was no different on Instagram recently as Thomas took aim at DeChambeau's competition post on Instagram where he was giving away a high performance net that he uses, by the name of The Net Return.

Thomas is competing on the PGA Tour this week in Mayakoba, while DeChambeau patiently waits for his first start of the season as he continues to hit bombs during his mini off-season break.

DeChambeau was last week seen smashing balls on the range at Albany in the Bahamas alongside his good friend, former baseball star and long drive specialist Bobby Bradley.

DeChambeau has won the driving distance stat on the PGA Tour for the past two seasons, and you can be certain he will be winning it for a third consecutive time this season with his latest distance gains.

NEXT PAGE: HOW WILL BRYSON RESPOND TO THE PGA TOUR TAKING AWAY GREEN-READING BOOKS?