The proposals could be tough to enforce and there is a lot to chew over here... 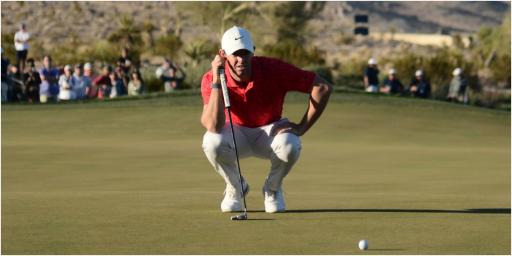 This news will no doubt send shudders down the PGA Tour players' spines.

The governing body took a huge step towards banning green-reading books this week.

They reportedly sent out a four-point memo to players and caddies outlining their plans.

Apparently, only committee approved yardage books will be permitted under these proposals.

MORE: IS THIS THE MOST DANGEROUS GOLF GAME?

MORE: GOLFER DUMPS BAG IN A POND THEN LISTS THEM FOR SALE

GolfDigest reported the details are currently being poured over by the USGA and R&A and will be presented on 8 November.

They could then come into effect in January 2022.

This memo that was sent out reportedly said the purpose of the rule is to "return to a position where players and caddies use only their skill."

It also stated that they want players to use their judgement and feel along with information gained through practice.

Along with this, handwritten notes will continue to be allowed in the approved book.

That is on the provision the notes are only written by the player or caddie and they must come from their experience and observations.

Take a look at the memo here:

Clearly, there is a lot to chew over.

How this will be enforced is also something to ponder as there are some murky rules.

Players will also remember how certain putts will fall having played on courses for a number of years.

The tour is essentially telling players they cannot mark previous lines and put them onto new books.

There are no doubt a lot of questions arising from this.

How players will respond will be interesting.