Tiger Woods provided one of his most exciting wins at Pebble Beach in the year 2000. He earned that victory and really wanted that cheque. 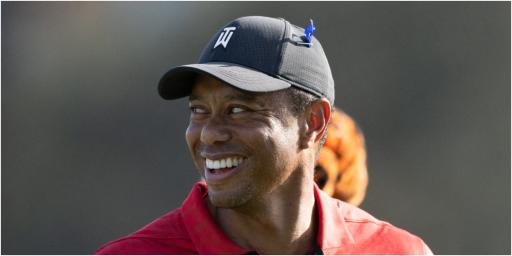 Perhaps this was one of Tiger Woods' more memorable victories on the PGA Tour.

Cast your mind back to the year 2000 and you will of course know this was such a dominant year for the big cat.

RELATED: TIGER WOODS MADE A RIDICULOUS PREDICTION AT A PGA TOUR EVENT

Although your memory might be hazy of the tournament, it was perhaps one of the most electrifying wins of his illustrious career.

Trailing by five shots after 54 holes played at the AT&T Pebble Beach Pro-Am, Woods went on an absolute tear.

It is perhaps best remembered for holing out at the par-4 15th hole and that famous celebration afterwards.

Woods arrived at Pebble Beach in fine fettle. At the time he was 24 years old (he's now 46) and was on the hunt for his sixth straight tour victory.

Interestingly, nobody had one six straight events since Ben Hogan did it in 1948. Woods looked to be out of the running and it looked likely that Matt Gogel would win.

Bogeys at 11 and 12 from Gogel let the big cat in. And as we now know, you do not want to let him smell the blood.

Woods essentially needed to birdie the final four holes to get into a playoff and just went for it.

He holed his approach from 97 yards for eagle.

"I like that play...and I like that shot. Go in! Oh!" came the cries from the commentary booth.

Related: Why does Tiger Woods always wear red on Sunday?

Moments later after unleashing a massive drive on the 16th, also a par-4, he nearly holed out again. He made the easy two-foot putt for birdie.

He made par at 17, then had a putt for victory on the 18th. He placed his drive in the fairway and was on the front edge for two. He chipped it to five feet and holed the birdie putt for a Sunday 64.

It was the number he predicted he would have to shoot to win.

He then snatched the winner's cheque for $720,000 as he stood by the green clutching his trophy.

Next page: Tiger Woods opens up on his media coverage