Luke List and his family have lived in Augusta for four years and in April, he will tee it up at The Masters for the first time since his amateur days. 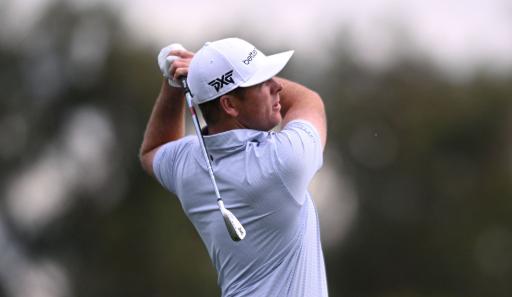 The Masters is seen as the promised land for many professional and amateur golfers. But it is even more than that for the newly crowned PGA Tour winner Luke List.

List beat Will Zalatoris in a playoff to win the Farmers Insurance Open which was his maiden win on the PGA Tour, coming at the age of 37.

Although he had finally broken his duck and won over $1.5 million in prize money, the golden ticket to the Augusta National was the thing List wanted most.

He will make his first-ever appearance at The Masters as a professional golfer. His first appearance came in 2005 when he was an amateur.

He impressively finished tied 33rd with rounds of 77, 69, 78 and 70. List also competed at the US Open that year but he missed the cut on this occasion.

Since 1960, only Bruce Fleisher has had a larger gap between Masters starts. Fleisher waited 23 years between his appearances at Augusta.

For the last four years, List has lived in Augusta with his wife and two children. The Masters will be somewhat of a home tournament for the man born in Seattle.

"I was runner-up in the US Amateur in 2004, so this is my first start as a pro. Living in Augusta now the last four years, driving past there, I can't tell you how much this means to me. That is a special place and I might get emotional," List said.

"To tee it up in April in Augusta will be a lot of hard work, but just really special to have my family. And sleeping in my own bed will be really cool."

"I'm just over the moon about that. That's going to be really fun because that's a place that I feel I can really play well and I'm looking forward to getting back."

He was a fantastic amateur golfer, as shown at the 2004 US Amateur. He earned All-American honours in all four of his year at Vanderbilt University and he was a four-timer in All-Southeastern Conference first-team selections.

List has made a brilliant start to the 2021/2022 PGA Tour season. He is on a run of four consecutive top-25 finishes and he also placed tied seventh at the ZOZO Championship back in October.

NEXT PAGE: JORDAN SPIETH "WASN'T HIMSELF" WITH BACTERIAL ILLNESS AT FARMERS INSURANCE OPEN