Tiger Woods: What is the latest after HORROR crash kept him from the Ryder Cup?

The crash, the aftermath and the recovery. This is what we know so far and his chances of playing again... 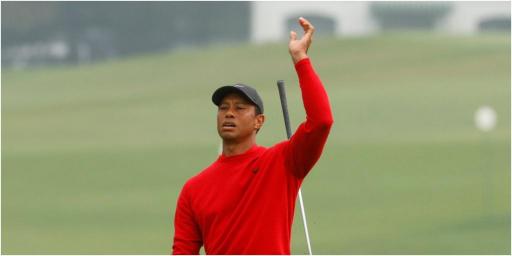 Where is Tiger Woods? That's all I wanna know.

In February the golfing world stopped and held it's breath after news began to filter through that Woods was involved in car crash.

February 23 was the date and we all watched the footage of the wreckage and prayed for good news about the big cat.

Woods, a 15-time major champion, was driving close to double the 45mph speed limit when he crashed, the Los Angeles County's sheriff has said.

The 45-year-old's car left the road at approximately 84-87mph and flipped several times. Woods then had to be "extricated" from his Genesis GV80, a luxury SUV.

There was no evidence that he had been impaired by drugs or alcohol at the time of the crash, with sheriff Alex Villanueva saying the primary reason for the traffic collision was driving at an unsafe speed.

Woods' car came to rest several hundred feet away from where he entered the dusty area, hitting a tree in the process and rolling several times.

It was estimated that the estimated speed of the first impact on Woods' car was 87mph, while when it hit the tree he is said to have been travelling at 75mph.

There were no witnesses to the incident.

He suffered "commuted open fractures affecting both the upper and lower portions of the tibia and fibule bones in the leg".

A rod had to be inserted into the tibia, Dr Mahajan said in a statement.

Dr Mahajan added that screws and pins were also inserted in Woods' foot and ankle.

There was also trauma to the muscle and soft tissue.

It's possible Woods suffered injuries we aren't aware of that did not require immediate surgery.

What do we know about his recovery?

It's going well, according to snippets we've heard here and there.

Steve Stricker claimed before the Ryder Cup Woods was in good spirits and said: "Things are moving in the right direction."

Woods has posted pictures here and there but it still looks like he is in crutches.

He can place a little bit of weight on his right leg, however.

Woods texted the United States team to "step on their necks" as they cantered to a 19-9 Ryder Cup victory.

Most recently Woods posted images of him searching for old trophies.

Even the most optomistic doctor would suggest that after Woods' crash it would take months for him to recover to play golf - let alone competitive golf.

Woods told GolfDigest's Daniel Rapaport in May that his rehab was, "more painful than anything I have ever experienced".

Clearly Woods was asked if he hoped to play golf again, but Woods declined to answer the question.

He did tell the publication: "My physical therapy has been keeping me busy. I do my routines every day and am focused on my No. 1 goal right now: walking on my own. Taking it one step at a time."