WATCH: Stop what you're doing to watch Tiger Woods stop what he's doing

Tiger Woods is the master of stopping in the middle of his swing on the PGA Tour. 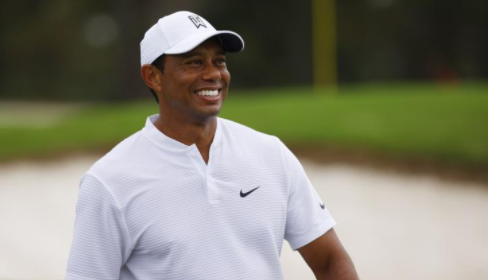 Tiger Woods has mastered many things in this beautiful game. While winning with regularity on the PGA Tour has been a particular strength, so too has stopping what he's doing in the middle of his swing.

Skratch has posted an awesome compilation video of Woods slamming on the brakes mid-swing due to being distracted on the way down.

It's fair to say it has become a particular trait of his out on the PGA Tour.

Then again when you consider just how many people are watching Tiger's every move on the golf course, and all the photographers and media that are congregating around him for each shot, it's hardly surprising he's had to back off every now and then.

WATCH THIS COMPILATION VIDEO OF TIGER WOODS STOPPING MID-SWING - COULD YOU DO THIS?

He returned to competition at the PNC Championship in December with his son Charlie Woods and they performed admirably en route to a solo second place behind John Daly and his son.

While there was plenty of optimism for when we could possibly see Woods tee it up again on the PGA Tour in 2022, his close friend and former PGA Tour winner John Cook does not think we will see him again until the same PNC tournament in December.

Woods has, however, made it one of his goals to try and return to compete in the 150th Open Championship at the Home of Golf, St Andrews, this July.

And I think we would all love to see that.

NEXT PAGE: TIGER WOODS WOULD HAVE WON IF HE DIDN'T SPEAK TO ME, SAYS ROBERT ROCK

Tiger Woods
PGA tour
bryson dechambeau
nike golf
TaylorMade
Previous
Collin Morikawa sets lofty 2022 goals: "How do I keep winning?"
Next
The top 10 golf courses in the world according to these four criteria