Patrick Reed on joining PXG: "The driver is unbelievable"

Patrick Reed signed with PXG earlier this month, having been a free agent and it's fair to say he loves his PXG 0811X Gen4 driver. 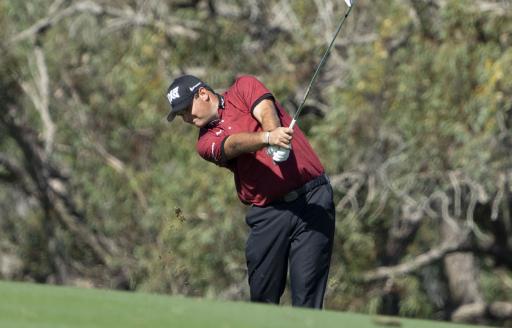 Patrick Reed has described his PXG driver as "unbelievable" ahead of The American Express this week in California.

Before the new year, Reed was a free agent and had used a number of drivers across a number of brands such as Titleist, TaylorMade and Callaway.

In October 2021, the former Masters champion began using the PXG 0811X Gen4 driver and it clearly grew on him. He used it for the first time as a PXG staffer at the Sentry Tournament of Champions.

Despite Reed still using a variety of clubs in his bag for the 2022 PGA Tour season, he is delighted to join the PXG team moving forwards.

"The driver’s been amazing. Being in that free agency market, I’ve been able to use whatever I want," Reed told GolfWRX ahead of The American Express.

"I've tested every driver from Callaway, TaylorMade, Titleist, Ping, PXG, and this one I feel like gives me the best opportunity to make my golf swing and hit the shot I want to, and at the same time have the speed I’m looking for. So, for me, the driver’s unbelievable."

Reed, 31, has added the TaylorMade Stealth Plus three-wood to his bag this season and he also has a Callaway Apex Pro hybrid.

His irons come from the very unique Grindworks brand and now, he has Grindworks Barrett wedges in 51, 57, 61 degrees. They are named after his son Barrett.

"It’s still a work in progress, trying to tweak them a hair here and there, but for me, it’s going to be a game-changer, because, let’s be honest, you have to be perfect from 130 yards-and-in nowadays on tour because that’s where you score every time."

PGA Tour
Paulina Gretzky and Dustin Johnson share incredible wedding video
US PGA
"Everyone deserves a second chance": What is Bryson DeChambeau talking about?
US PGA
Bryson DeChambeau's broken wrist "held up nicely" on practice day at US PGA
Equipment
The TOP 5 FootJoy golf shoes ahead of the PGA Championship!
PGA Tour
Scottie Scheffler reveals the point when he knew he'd won The Masters