In this video, we have a look at what is in the bag of the eight-time PGA Tour winner and former Open champion Stewart Cink. 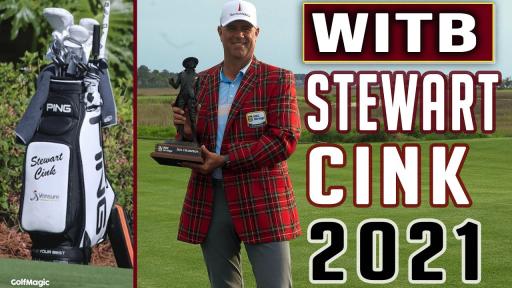 Stewart Cink won the RBC Heritage for the third time in his career after he finished on 19-under-par, four shots clear of Emiliano Grillo and Harold Varner III.

Cink put himself in a superb position after the first two rounds when he shot consecutive scores of 63 to break the record for the lowest 36-hole score at the tournament.

The 47-year-old didn't relent on Saturday either. He shot a 2-under-par 69 to set another record of the lowest 54-hole score at Harbour Town Golf Links.

Cink held a five-shot lead heading into the final round and although Grillo superbly chipped in for birdie on the 16th hole to cut the deficit to three, the American made a great birdie of his own on the par-3 17th to seal the deal.

The World No.44 finished on 19-under-par to win by four shots and he joined Hale Irwin and Davis Love III as the only players in PGA Tour history who have won the tournament at least three times.