Jimmy Walker yesterday revealed on an Instagram post that he was subjected to abuse on the social media platform. 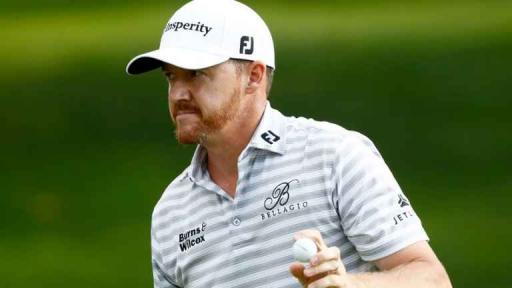 PGA Tour veteran Jimmy Walker revealed yesterday that he was unfortunately targetted by someone in the comments of one of his posts on his Instagram page.

The comments appeared to criticise Walker's form on the PGA Tour and assume his political views and his fellow tour player Scott Stallings was also targetted.

"It’s been rough after Lyme and every now and then you have to deal with people like this," said Walker on Instagram.

"I don’t understand why people feel they get to bash away. @jaredcthomas is having a bad weekend. Maybe everyone can cheer him up. Walkers had a great day yesterday. I watched my oldest all day grind away on the course and spent a great evening with my parents and smashed crawfish. Life is good."

The 2016 PGA Championship winner posted again on Instagram after he exposed the bully, to say how much he enjoys conversing with people on social media.

Thankfully, there were many fans on social media who came out in support of Walker.

"Ups and down, that’s the game of golf. As long as you have family and happiness, life is good," one fan said.

"Positive vibes only! Big fan. Keep the energy up!" another fan commented.

"You are one of the nicest golfers I’ve met. Don’t listen to the haters. Keep doing you," one fan commented.

The World No. 548 announced himself on the PGA Tour in the 2014 season when he picked up three victories, including the Frys.com Open, the Sony Open in Hawaii and AT&T Pebble Beach Pro-Am.

In the same season, Walker earned himself a place in Tom Watson's American Ryder Cup team which was beaten by Europe at Gleneagles.

The six-time winner on the PGA Tour made the 2016 side as well and under the captaincy of Davis Love III, they won the Ryder Cup at Hazeltine.

Walker won his first major title in 2016 when he won the PGA Championship at Baltusrol Golf Club, finishing one shot ahead of Jason Day.

NEXT PAGE: GOLFERS SLAMMED BY CLUBS FOR NOT REPAIRING PITCH MARKS