Webb Simpson made his fourth hole-in-one on the PGA Tour on Thursday at the Plantation Course as he looks to end a two-year winless drought. 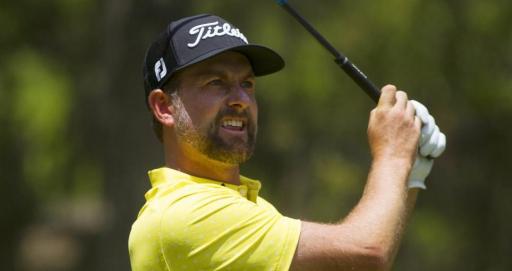 Former US Open champion Webb Simpson made a sensational hole-in-one in the first round of The RSM Classic in the presence of the US Ryder Cup captain.

Simpson, 37, hit a hybrid on the 3rd hole on the Plantation Course in Georgia. His golf ball only took a couple of bounces before finishing in the bottom of the cup. This was the fourth ace of his career and his first since the Waste Management Phoenix Open in 2020.

He was congratulated by his playing partners Justin Rose, a former Ryder Cup opponent, and Zach Johnson, the current American Ryder Cup captain. It couldn't be too late for the World No.111 to make a late charge for the team could it?

His perfect shot was made all the more impressive as it was holed from 219 yards, the longest par-3 on either the Plantation Course or the Seaside Course at Sea Island Golf Club.

Rose, who finished tied for ninth at the Cadence Bank Houston Open last week, carded 4-under earlier today while Johnson was one shot worse on 3-under.

Since 2015, both championship courses have been used for this event. The RSM Classic is the final PGA Tour event of 2022 before the Hero World Challenge in the Bahamas, which is set to be Tiger Woods' next appearance on Tour.

The ace on Simpson's 12th hole of the day helped him to a 5-under 67. He is currently three shots behind the leader Cole Hammer on 8-under par despite missing out on securing starts at the Final Stage of Korn Ferry Tour Q-School last week.

"I was almost blacked out there for a little bit. It went by in a heartbeat, but at the same time was a long day. It was cold and, like I said a little bit ago, I had very low expectations," Hammer said.

"And I'm glad I did because it was a tough day out there, there's no question. I figured if - par was a good score today and I found myself making putts for birdie early on and then just kind of kept going from there, but what a day."

Hammer also played on the Plantation Course in round one. Currently, the best scores from the Seaside Course, shot by Callum Tarren and Beau Hossler, each carded rounds of 6-under.