Japanese firm decides not to renew its current deal with the PGA Tour after the 2023 Honda Classic. 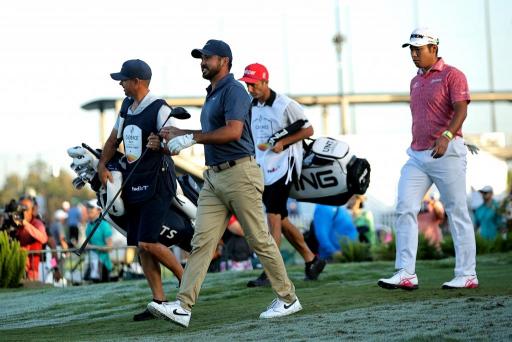 One of the longest-standing title sponsorships on the PGA Tour will come to an end next year after Japanese automaker Honda has decided not to renew its current deal after the 2023 Honda Classic, according to Golfweek.

The tournament was founded in 1972 as the Jackie Gleason's Inverrary Classic, and prior to a tournament schedule change on the PGA Tour in 2021 it was the first of the Florida events in late winter following the 'West Coast Swing'.

National Airlines sponsored the tournament in 1973 with Gleason, and American Motors Corporation (AMC) backed it in 1981.

But ever since 1982, Honda has been the title sponsor.

When Honda took charge of the tournament, it was initially renamed as the Honda Inverrary Classic

Between 1972 and 1983, the tournament had been staged at Inverrary Country Club in Lauderhill.

But then the tournament switched venues to TPC Eagle Trace in Coral Springs in 1984, and it remained at this venue until 1991.

The tournament then moved over to Palm Beach Gardens, first at the Country Club of Mirasol through to 2006, and then onto the Champion Course at PGA National Resort and Spa in 2007 where it has remained until the present day.

Many of you will be familiar with the famous Bear Trap stretch of holes - the 15th, 16th and 17th.

Rory McIlroy won this tournament back in 2012 when holding off Tiger Woods by two shots.

Since 2007, the Honda Classic's main beneficiary has been the Nicklaus Children's Health Care Foundation, chaired by Jack Nicklaus' wife Barbara.

Tournament director Andrew George told Golfweek: "We’re so appreciative of 42 years of title sponsorship. You look at the impact they made, $60 million plus to charity and helped us grow this to 200,000-plus on-site each year. Collectively as a community we own them a huge thank you.

"We’re going to get right to work on solidifying a place for 2024. We’re not going to be without title, without an event going forward. The moment is going to continue."

Next Page: No golf for Gareth Bale at the World Cup?! Think again...